With Peruvian sweet onions moving well now and other sweet deals ready to roll in the coming weeks, several major U.S. shippers are telling us they enjoyed good holiday demand and a steady rhythm for their year-round programs.

In Glennville, GA, G&R Farms is shipping Peruvian sweets now and will provide Mexican sweets, S. Texas sweets and Georgia Sweets/Vidalias to maintain its year-round flow as the seasons progress.

According to Crop Production Manager Cliff Riner, G&R is “shipping Peru very heavily now” and had excellent volume for the Thanksgiving holiday. “We have a lot of Peruvian volume coming in this week,” Cliff said on Jan. 6. “Our goal is to go as long as possible with Peru for the transition to Vidalia.” In addition to the conventionally grown Peruvian sweets, G&R also has certified organic onions from its South American operation now.

Cliff said at this point Georgia is on track for a good crop and an early to mid-April start for Georgia sweets ahead of the official Vidalia season. “We are finishing our planting,” he said, noting sporadic rain had slowed the process slightly. “Overall, though, we’ve had a mild winter, and the weather over the next couple of weeks is important.”

Don Ed Holmes with The Onion House in Weslaco, TX, said on Jan. 8 he expects to see Mexico small volume of sweets out of Mexico the week of Jan. 20. “Mexico will have a few loads,” he said, adding that bigger volume will kick in the first week to 10 days of February. Don Ed also said as the deal rolls along, supplies will transition into conventional yellows in addition to sweets.

The South Texas sweets, Don Ed said, are “coming along really well” in the Rio Grande Valley. “We could possibly have some March onions,” he said of that crop. “It’s cooled down at night, but weather has been very good.” If onions do ship out of the RGV in March, he said, it would be the latter part of the month with volume starting up in April as it normally does.

We also spoke with Dan Borer at Keystone Fruit Marketing in Walla Walla, WA. Dan told us, “It’s been a very good season for our Mayan Sweet/Peru program. Now we’re in the fourth quarter of the season, and we should have good supplies going into March, which is typical for us.”

He said sizing and quality “have been very good,” and he said, “We’ve had good pricing as well.

Keystone’s Mexican Mayan program is expected to start toward the end of February and extend through March and into April. He said, “It’s a bit early to fully speculate, but the expectations are that the Mexico sweet crop should be a good one, and we should be able to get going at the end of February.” 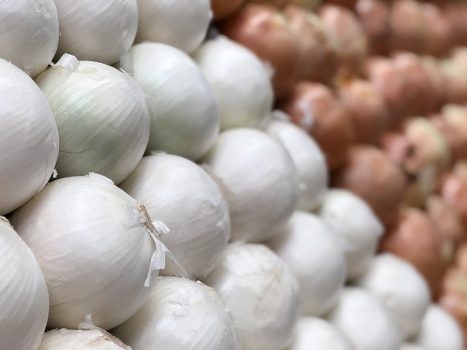