Jason Vee, who started in sales at Vee’s Marketing in 2006 and became president of the company in July 2018, is now sole owner of the operation.

Jason announced to us this week that he is “100 percent owner and CEO of Vee’s Marketing,” a brokerage founded by Jason’s father, Scott, 30 years ago.

Jason said, “Scott and I came to an agreement a few weeks ago, and he sold all of the shares to me on Jan. 1.” Acknowledging his dad’s hard work and determination to make company, now located in Superior, WI, a success, Jason said, “Scott started Vee’s Marketing in the basement of our home in Lake Nebagamon, WI, in 1990.  He ran it successfully for 29 years and sold it for a profit when he was finished.  All three of those things are great lifetime achievements.”

Now in its 30th year, Vee’s Marketing Inc. is a year-round provider of onions for U.S. and Canadian retail and foodservice customers, sourcing from growing areas across North America and shipping yellows, reds, whites and sweets.  Jason told us back in 2017 the company’s long-term goal is to keep pace with the changing industry and adapt to its demands.

When he came on as a salesman in 2006, Jason had served in the Marine Corps for four years before spending four more years at UW Madison, where he earned a degree in economics. Seven years after he became part of Vee’s Marketing team, his sister, Angie Sapik, also joined the family company.

For a number of years the team was made up of Scott, Jason, Angie, And John Alstrup and longtime salesman Robert Anderson, who retired in 2016.

While Vee’s initially brokered apples, onions, fruits and vegetables, it began specializing in onions and potatoes.

Jason explained in 2017 that it was “after building relationships with onion shippers and onion customers that Scott started to narrow his focus on onions. At that time, moving only onions put Vee’s Marketing on the same playing field as much larger companies in that commodity. It was smart and very effective.”

Of course, the industry changed significantly in the three decades Scott was at the helm of Vee’s – not only in technology but also in philosophy and pace. Jason said when he started in sales, he and his dad each had two phones on their desks.

“There was hustle.  It was fast and fun,” he said. These days most business is done by email and text, and Jason said he receives well over 100 emails a day.

Back in 2017, before the move to Superior, Jason spoke of expansion and noted, “I’m absolutely looking to open new offices. We are a Midwest company.  Strategically, it would make sense to take on people that can help us expand further into South Dakota, Iowa, Nebraska and Kansas.  We do a fair amount of Canadian business as well, [so] a Canadian office isn’t out of the realm of possibility… I’m not actively recruiting, but my door is open to anyone already in onions or potatoes that strategically makes sense.”

Our congratulations to Jason, whose new role fits like a glove, and to Scott, who we hope is happily pursuing new adventures with the same enthusiasm he used at Vee’s Marketing for 30 years. 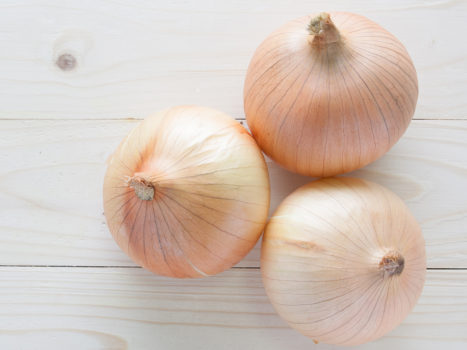