Well-known later for his assistance in Texas A&M University’s development of yellow granex onions and 1015 Super Sweets, Wallace actually got into the onion industry in 1948 after he married Sissy McClendon and moved to Carrizo Springs, where his father-in-law operated Dixondale Farms. 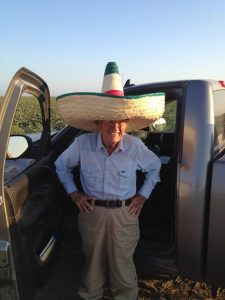 Although he was only 24 years old when he became an onion man, Wallace had quite a colorful history even then. Born in 1924 in Indian Gap, TX, to William Martin and Nora Harris Martin, Wallace was a child during the Great Depression, orphaned in his early teens and living with older siblings until he graduated from high school in 1941. After graduation, he enrolled at the University of Texas, but following the bombing of Pearl Harbor, 18-year-old Wallace enlisted Army Air Corps and was trained as a navigator on the B-17.

In early 1943, part of the prestigious 398th bomb group, Wallace was sent to England and over the next 15 months flew 50 missions over France and Germany. During that time his B-17 was shot down by enemy fire, and he was hidden from the Germans by the French Resistance. His online bio notes, “Some of the notable missions he flew were Omaha Beach on D-Day, Dresden, and Peenemunde. He completed fighter pilot training in 1944 and was to be sent to the Pacific Theater in a P-51. Fortunately, the war with Japan was concluded before that happened.”

Home again in Texas, Wallace met Sissy McClendon on a blind date at the University of Texas vs. Texas A&M in late 1944, and they married the following June. He returned to the university and earned a BS in Civil Engineering. Following his graduation from the university, he and Sissy moved to Carrizo Springs, and Wallace’s 70-year onion career was launched.

In 1982, Wallace’s son-in-law, Bruce Frasier, also joined the company and is now president. Wallace’s contributions to the industry were such that he received the Texas Vegetable Association Lifetime Achievement Award and was inducted into the 2016 Texas International Produce Hall of Fame.

He was also a prominent civic leader, serving on the school board and a company commander of the local National Guard unit. He was also a director at Union State Bank, a Scoutmaster and a math/physics teacher at the local high school “when the school district could not find one.”

Somehow he found time to play golf and to be a masterful woodworker. His obituary notes, “Wallace lived a long, interesting, and full life and remained active until the last few weeks of his life. He faithfully attended the First United Methodist Church and spent many hours on his ham radio talking to his fellow hams worldwide.”

Donations in his memory may be made to the First United Methodist Church, PO Box 301, Carrizo Springs, TX, 78834.

If you would like to view more wonderful photos honoring Mr. Martin, you can visit Wallace Martin Memorial Photos-Click Here 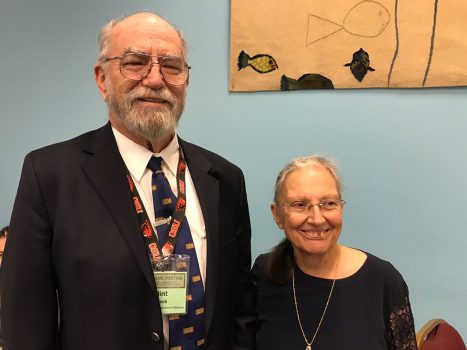