The shape of things to come: OnionBusiness.com expanding to visual content with drone

With the increasing popularity of video marketing and drone journalism, OnionBusiness.com has taken the plunge and will soon be offering our supporters that exact service – our investment in a drone video unit can showcase your onion farm or packing and shipping operation from a bird’s eye view!

It was after we did a good bit of research that we decided to join the ranks of video journalists and marketers. First, of course, we researched regulations and familiarized ourselves with current laws. As we like to say among ourselves, we’re golden.

Then we read up on the trends and the stats, which we want to share with you here. In a story posted at

http://www.poynter.org/2016/why-2016-could-be-a-breakout-year-for-drone-journalism/390386/, we read that 2016 could well be the year of the drone. The story said, in part, that this could be “… a watershed development for American photojournalism writ large, one that will put relatively inexpensive aerial photography, videography and airborne sensors in play for journalists across the United States.”

Moreover, “Agriculture, media, public infrastructure, examining bridges — there’s so much that drones can do,” according to Ben Kreimer, who was interviewed for the piece written by Benjamin Mullin in January.

Another web site, http://blog.hubspot.com/marketing/visual-content-marketing-strategy, provided us with an encyclopedia of stats, including this one: “Using the word “video” in an email subject line boosts open rates by 19%, click-through rates by 65% and reduces unsubscribes by 26%. Tweet this stat! (Source)”

And we were most impressed by this: “Syndacast predicts 74% of all internet traffic in 2017 will be video. Tweet this stat! (Source)”

Lastly, we want to share this tidbit with you, and we hope you’ll contact us soon to take advantage of our new service.

From http://digitalnewsreport.org/publications/2016/predictions-2016/ comes “2.2 Online Video Trends… Video is expected to grow 14x within five years and account for 70% of mobile network traffic.” 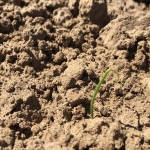