Trevor Frahm laid to rest in Ontario, OR

Lifelong Treasure Valley farmer Trevor Frahm was laid to rest at Evergreen Cemetery in Ontario, OR, on Monday, Oct. 14. Trevor died Oct. 8 in a tragic accident on the family farm south of Ontario. He was 42.

Born Dec. 1 in Caldwell, ID, to Theodore Rodrick and Launa Frahm, Trevor was the oldest of five children raised on the third-generation farm in Oregon. He was a 1995 graduate of Ontario High School, and shortly after graduation, he served a two-year mission for the Church of Jesus Christ of Latter-Day Saints in Mendoza, Argentina. Following his mission, which instilled a deep love for both the people and the country of Argentina in Trevor, he graduated from Ricks College with an Associate’s degree in Agricultural Business. He also earned a Bachelor’s degree in Agricultural Marketing from Utah State University.

A touching note of Trevor’s devotion to his family was called out in the obituary at  https://www.argusobserver.com/obituaries/theodore-trevor-frahm/article_02b8767e-ed45-11e9-b6e1-3755a7c824bd.html?utm_medium=social&utm_source=email&utm_campaign=user-share: “His family brought light and joy into his life.”

Trevor’s dream was to work alongside his father and his brother on the farm, and in 2003 he began launched the onion packaging business, Frahm Fresh Produce. In 2017 he and his family purchased the A&W restaurant in Nyssa, OR.

As an avid outdoorsman, Trevor loved having fun with family and friends on the ski slopes or on his boat. And he loved farming, as anyone who knew him soon found out. He was dedicated to that life and to the stewardship of the land he worked so tirelessly.

Trevor is also remembered as a faithful member of the Church of Jesus Christ of Latter-Day Saints, where he served as a High Councilman to the local Spanish Branch, and most recently, Bishop of the Ontario Oregon 2nd Ward.

The obituary noted that “Trevor was the first to lend a helping hand; whether it be a Priesthood blessing, help with a project, or plowing out his entire neighborhood during a snowstorm. He was the rock of his immediate, work and church families.”

And, the tribute so poignantly, said, “Losing Trevor was devastating, but all who love him are comforted by the fact that families are forever, something that Trevor believed with his whole heart. Those who mourn him have been comforted by the family, friends, and farming community who have poured out their hearts in love and service in honor of this great man. He will be missed but his influence will endure, especially in the lives of his four children who adore their Dad.”

Trevor was preceded in death by his grandparents, Theodore and Bonnie Frahm and Ray and Evelyn Bair Schulties. He is survived by wife Krista and children Tevan, Nicole, Tanner and Erik. He’s also survived by parents Rod and Launa Frahm; siblings Andrea Pace (Eli); Spencer (Genniel); Toni, and Ken (Sharon); grandmother Joan Fuhrman Schulties; and many cousins, nieces and nephews.

Services were held at the Ontario LDS Stake Center in Ontario.

A Go Fund Me account for Trevor’s children and wife has been established, with donations gratefully accepted at https://www.gofundme.com/f/in-memory-of-theodore-trevor-frahm?pc=fb_dn_postdonate_r&fbclid=IwAR3w3ec7oZs4DoyOKWc5xZ1ol9KJMDPfr7p5dIHNEDxpAuVp2y1g5BrEHE0. 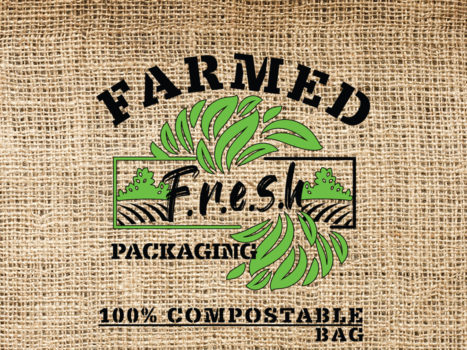