The HPSS is the combination of the Field Operations and Harvesting and the Post-harvest Operations Harmonized Food Safety Standards developed by United Fresh through the Produce GAP Harmonization Initiative, and operationalized and managed by GLOBALG.A.P.

According to a release from United Fresh, GLOBALG.A.P. and United Fresh combined efforts on the Produce GAP Harmonization Initiative, “an all-industry effort to drive harmonization of GAP standards, to reduce audit fatigue and allow operations to focus their food safety resources on achieving food safety, rather than passing audits.”

Kristian Moeller, CEO of GLOBALG.A.P., is quoted as saying, “GLOBALG.A.P. has a long-standing commitment to eliminating duplication of effort and achieving greater harmonization within the industry worldwide. We are proud to be the first scheme-owner to make the industry’s vision of harmonization a reality in the North American marketplace for those seeking a GFSI recognized option.”

The Produce GAP Harmonized Standards, which are available in English and Spanish, and cover field operations & harvesting, and post harvest operations, were initially developed by a steering committee of over 30 major fresh produce buying companies, growers and produce trade association staff. The initiative continues to update the standards, most recently to align with forthcoming FDA requirements, and is accepting public comments on the redlined versions until Nov. 21, 2016. Additional information is available by contacting Mary Coppola, Senior Director of Marketing Communications with United Fresh Produce Association, at 202-303-3425 or by email at MCoppola@unitedfresh.org. 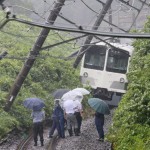