The recently proposed USDA America’s Harvest Box, intended to provide food to the country’s in-need individuals and families while at the same time lessening their dependence on government aid, is meeting with mixed reviews from several quarters.

As explained by Agriculture Secretary Sonny Perdue, the Harvest Box is a “bold, innovative approach to providing nutritious food to people who need assistance feeding themselves and their families – and all of it is homegrown by American farmers and producers.”

Among the high-profile critics of the proposal are Supermarket Guru Phil Lempert, who took the program to task in a detailed story written for Forbes and published Feb. 23 at https://www.forbes.com/sites/phillempert/2018/02/23/ag-secretary-sonny-perdue-its-time-to-think-and-ask-others-about-snap-before-you-say-anything/#3a6a1c0e485a.

Additional comments from Lempert, whose assessment of America’s Harvest was that it is being mishandled. He described the situation as not surprising from the Trump Administration. Commentary on a number of topics from Lempert can be found at http://www.supermarketguru.com. Lempert’s extensive food background includes Food Trends Editor for NBC’s Today show since 1991. He appears weekly with “New Product Hits & Misses” on ABC Now and hosts a weekly radio show called Good Day with Supermarket Guru. He has also appeared on “The View” and “Oprah.”

Another outspoken critic of the proposal is Baylen Linnekin, whose story entitled “USDA’s ‘Harvest Box’ Food-Shipping Proposal Is Truly Absurd,” with a subtitle “Poor people are likely to make better food choices for themselves than the government,” was published Feb. 24 https://reason.com/archives/2018/02/24/usdas-harvest-box-food-shipping-proposal.

Linnekin cited his grandmother’s dependence on government aid in her later years, and he suggested that rather than provide food, “The government should do no more and no less than giving cash to those in need. They’re best positioned to determine their food needs and—objectively—are the only ones who know their food preferences and those of their families.” Linnekin is a food lawyer, scholar, and adjunct law professor, the author of “Biting the Hands that Feed Us: How Fewer, Smarter Laws Would Make Our Food System More Sustainable” published by Island Press 2016. He also serves on the board of directors of the Farm-to-Consumer Legal Defense Fund.

Secretary Perdue added that the program “maintains the same level of food value as SNAP [Supplemental Nutrition Assistance Program] participants currently receive, provides states flexibility in administering the program, and is responsible to the taxpayers.”

The proposal notes that all SNAP participating households receiving $90 per month or more in benefits “will receive a package of nutritious, 100-percent U.S. grown and produced food.” There are, the proposal states, approximately 16.4 million such households, “or about 81 percent of SNAP households” that would be impacted.

The amount of food per household “would be scaled to the overall size of the household’s SNAP allotment, ultimately representing about half of their benefits. SNAP participants would receive domestically-sourced and produced food in lieu of a portion of their SNAP benefits.”

The rub for some comes with the following statement: “USDA would utilize a model similar to that currently used to distribute USDA Foods to other nutrition assistance programs to provide staple, shelf-stable foods (such as shelf-stable milk, juice, grains, ready-eat- cereals, pasta, peanut butter, beans, canned meat, poultry or fish, and canned fruits and vegetables) to SNAP households at approximately half the retail cost.”

The USDA maintains that the proposal “creates a new approach to nutrition assistance that combines retail-based SNAP benefits with delivery of USDA America’s Harvest Boxes supporting the President’s leadership on Buy American. This proposal is cost-effective, enhances the integrity of SNAP, and provides for states’ flexibility in administration of the program. “

Key to the program, it goes on to say, “The remainder of the household’s benefits will still be provided via the current Electronic Benefit Transfer card.”

Savings is anticipated to be $129.2 billion over the 10-year period between Fiscal Year (FY) 2019 and FY 2028. This estimate accounts for about $2.5 billion annually in additional administrative funds for states.

The government has opened a public forum for comment on the plant, announcing on Feb. 22 that it is “looking for innovative ideas to promote work and self-sufficiency among able-bodied adults participating in the department’s Supplemental Nutrition Assistance Program (SNAP).”

A press release on that date said, “The public is invited to provide input through a notice in the Federal Register. Comments can be submitted on the web through the Federal Register tomorrow. USDA intends to use the input received to find improvements to SNAP policy and related services that can best assist SNAP participants return to self-sufficiency.”

Part of the release reiterated that long-term dependency “has never been part of the American dream,” quoting Secretary Perdue. The release continued, “USDA’s goal is to move individuals and families from SNAP back to the workforce as the best long-term solution to poverty. Everyone who receives SNAP deserves an opportunity to become self-sufficient and build a productive, independent life.”

To that end, “Federal law limits the amount of time an able-bodied adult without dependents (ABAWD) can receive SNAP benefits to three months in a 36-month period, unless the individual is working and/or participating in a work program half-time or more, or participating in workfare. The law exempts individuals from the time limit for several reasons, including age, unfitness for work, or having a dependent child. The law also provides state agencies with flexibility to request a waiver of this time limit if unemployment is high or the area does not have a sufficient number of jobs to provide employment.”

“Too many states have asked to waive work requirements, abdicating their responsibility to move participants to self-sufficiency. Past decisions may have been the easy short-term choice, but USDA policies must change if they contribute to a long-term failure for many SNAP participants and their families,” Perdue said. 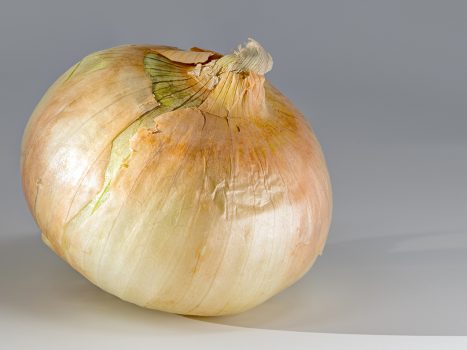 Texas 1015s in the pipeline