It was a big week for the USDA and the administration in the ag sector, most significantly with the agreement struck among the United States, Canada and Mexico for a new tri-lateral trade deal.

And in addition to noteworthy regrades to the trade playing field through this new agreement, there are also numerous items of interest and important links available at the USDA website, www.farmers.gov.

The deal came after more than a year of sometimes contentious negotiations to revise 1994’s North American Free Trade Agreement and the nearly $1.5 trillion in trade among the participants. And while it’s not going to happen overnight – some provisions won’t kick in for another 18 months as each country’s respective governing bodies sign off.

Among the changes is the name going forward. It’s not NAFTA anymore; this agreement is the United States-Mexico-Canada Agreement, shortened to USMCA. It’s minor at first glance, but it’s “America First.”

According to the Wall Street Journal, which reported on the pact’s accord in a story by Jacob Bunge accessible at https://www.wsj.com/articles/u-s-farmers-welcome-new-trade-pact-with-mexico-canada-1538401359, this agreement is welcomed by U.S. farmers as it’s “expected to preserve trade in tens of billions of dollars in farm goods.” Bunge noted that fears have been allayed that the administration negotiating strategy “could deepen economic struggles in the U.S. heartland.” In fact, he wrote, the agreement is “expected to preserve tens of billions of dollars in farm goods traded annually across the countries’ borders, according to U.S. Department of Agriculture estimates.”

U.S. Secretary of Agriculture Sonny Perdue issued a statement on Oct. 1 that read, in part, “The great news of a new USMCA deal is important for our economy as a whole, including the agricultural sector, which counts Canada and Mexico in our top three trading partners. I have long said that I believe our country is located in the best neighborhood on Earth – North America – with valuable allies to our north and south.

“We have secured greater access to these vital markets and will maintain and improve the highly productive integrated agricultural relationship we have as nations.”

Secretary Perdue continued, “As we celebrate this breakthrough, it is worth noting that there were many detractors who said it couldn’t be done. But this is further proof that President Trump’s trade negotiation strategy is working. A renewed USMCA, a new KORUS agreement, and the continued progress with Japan, can lead to further deals with other trading partners like the European Union and China. The dominoes are falling and it is good news for U.S. farmers. I thank President Trump and our U.S. Trade Representative, Ambassador Lighthizer for their perseverance, leadership, and hard work.”

Fact sheets on the agreement can be found at https://ustr.gov/about-us/policy-offices/press-office/fact-sheets/2018/october/united-states–mexico–canada-trade-fa-2.

A third news item from the Perdue office came in late September, when the Secretary issued a statement regarding the Department of Justice’s filing in the 9th Circuit Court of Appeals for a rehearing on the chlorpyrifos ruling. In his Sept. 24 release, Secretary Perdue “praised the Department of Justice’s (DOJ) decision to request a rehearing of a pesticide case before the 9th Circuit Court of Appeals. DOJ has asked for a panel rehearing and a rehearing en banc in a case in which the court directed the Environmental Protection Agency (EPA) to ban chlorpyrifos, a common and useful pesticide, within 60 days.”

Secretary Perdue’s statement said: “USDA disagrees with the ruling ordering EPA to revoke tolerances and cancel registrations for chlorpyrifos. The decision appears to be based on a misunderstanding of both the available scientific information and EPA’s pesticide regulatory system. The U.S. Department of Agriculture (USDA) and other groups have pointed out significant flaws in the draft chlorpyrifos assessments on which the court based its opinion, and USDA supports EPA’s conclusion that the available scientific evidence does not indicate the need for a total ban on the use of chlorpyrifos. EPA should be allowed to continue its ongoing science-based and expert-led evaluation of chlorpyrifos, which is part of EPA’s registration review program that covers all pesticides.”

He continued, “The costs of an incorrect decision on chlorpyrifos are expected to be high and would cause serious impacts to American farmers working to feed, fuel, and clothe the United States and the world. This ruling, which would mean the sudden and total loss of chlorpyrifos, prevents farmers from using an effective and economical crop protection tool.”

Most importantly, he said, “Chlorpyrifos is used on well over 50 crops grown throughout the United States due to its efficacy and broad-spectrum activity across multiple pests. For some crops and target pests, chlorpyrifos is the only line of defense, with no viable alternatives.”

He concluded his statement by saying, “Chlorpyrifos helps farmers and consumers by improving production efficiency and contributing to public health and safety. The arbitrary, immediate, and total loss of this crop protection tool endangers agricultural industries and is expected to have wide economic impacts. Given the court’s incorrect assessment of the scientific evidence, we thank the Department of Justice for continuing to fight on behalf of American farmers and consumers in support of science-based regulatory oversight of crucial crop protection tools.” 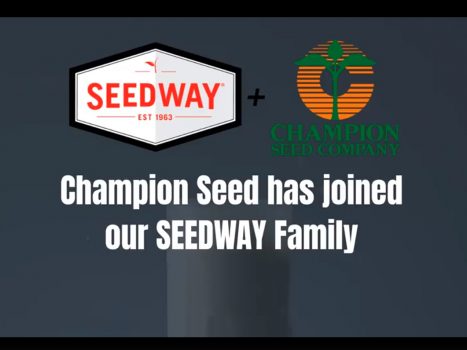