April 19 is the official pack date for Vidalia onions 2021 season, as stated in an official announcement March 18 from the Georgia Department of Agriculture and the Vidalia Onion Committee.

In addition to the new season’s start, the organizations are also celebrating the 35th anniversary of legislation that helped to make Vidalia onions “beloved by millions of fans across the country.”

A Vidalia Onion Committee release noted the announcement of a pack date is an annual “rite of spring” for Vidalia onion devotees, telling shoppers they’ll soon be able to purchase the famed sweet that are available for a limited time each year.

The date, which varies from year to year, is determined by an advisory panel made up of Vidalia industry members, state agriculture scientists and the Department of Agriculture. “Soil and weather conditions in South Georgia are taken into consideration to select the date to help ensure only the highest-quality onions end up on consumers’ plates,” the Committee release said.

“It is a special moment every year when we announce the Vidalia onions pack date, but this year we will mark the passage of the 1986 Vidalia Onion Act by our state legislature that played a defining role in making our state’s official vegetable an iconic brand recognized around the world,” said Georgia Agriculture Commissioner Gary Black. “I am pleased to announce April 19 as the 2021 pack date for Vidalia onions.”

This season approximately 10,000 acres of Vidalia onions were planted, according to VOC Chairman Aries Haygood. “We are anticipating a good harvest, and consumers across the country should have ample supply throughout the season,” he said.

Vidalias are hand-cultivated by 60 registered growers and represent about 40 percent of the sweet onion market. They’re also sold in every state. 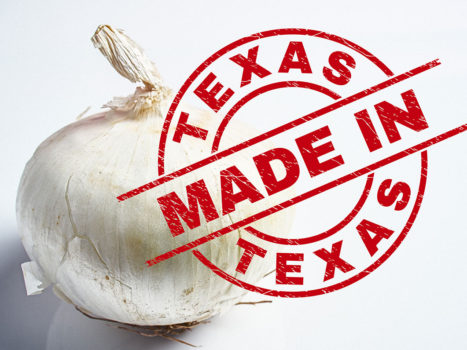