A March 15 reversal from the USDA Agricultural Marketing Service to a suspension of the South Texas Onion Marketing Order 959 was further clarified by a USDA spokesperson who confirmed the reversal is effective only through the end of the marketing order’s shipping season that runs from March 10 through June 4.

The spokesperson told OnionBusiness on March 19 that assessments for the order were fully suspended but specific grading and certification requirements will stay in place temporarily.

In its clarification, the USDA said that “while the assessments for the program have been suspended, the requirements for quality grading and certification will remain in place until the end of the season. The clarification was issued to resolve confusion about the status of the program since the production season had already started when the suspension was announced.”

He also said, “The marketing order requirements cover the period March 10 to June 4, 2021, and this reinstatement pertains to this period. AMS is also initiating a rulemaking process to provide the public with an opportunity to comment on a proposed rule to terminate the marketing order.”

Established in January 1961 “to regulate quality regulation, research and promotional programs, and pack and container regulations for onions grown in South Texas,” the marketing order had seen referendums for continuance every six years. Passage of a referendum requires two-thirds of producers voting, or two-thirds of the volume voted in the referendum.

An announcement issued on March 9 called for immediate suspension of the marketing order, which caught the industry by surprise.

Six days later that suspension was in part reversed, with a statement from USDA Agricultural Marketing Services Deputy Administrator Sonia Jimenez noting that because the season had already begun, the grading and certification requirements would remain intact until June 4 for both domestic and imported onions under the order’s purview.

About the reversal, Dante Galeazzi, manager of STOC and CEO/president of the Texas International Produce Association, said he had spoken to Deputy Administrator Jimenez and was told the USDA would be “reinstating both the domestic and international regulations associated with the South Texas Onions, Federal Marketing Order (FMO) #959, effective March 16, 2021.”

Additionally, the AMS’s rulemaking process being initiated provides the public an opportunity to comment on the proposal to terminate the marketing order. “In order to provide for a smooth transition and because the Texas onion season has already started, the requirement for grading and certification services performed by the Federal and Federal-State Inspection Service remain in effect until the rulemaking process concludes,” a release stated. 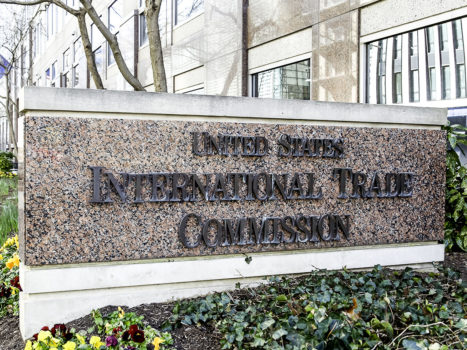