Several key cities in Japan, including Tokyo and Hokkaido, have been hit by back-to-back tropical storms and more severe typhoons this week, resulting in heavy property losses and reported injuries and deaths.

According to http://www.japantimes.co.jp/news/2016/08/22/national/typhoon-mindulle-lashes-tokyo-bringing-transport-chaos-and-flood-warnings/#.V73rH1eduRu “Typhoon Mindulle lashed the greater Tokyo area on Monday, dumping heavy rain and leaving at least one person dead and 29 injured in storm-related incidents.

Storm water coursed down usually placid rivers and left many streets flooded in the Kanto region. As of Monday evening the typhoon was heading north, where it is expected to hit the Tohoku region and Hokkaido on Tuesday.”

Another account at http://www.ianslive.in/index.php?param=news/Typhoon_Mindulle_lashes_Japan_thousands_evacuated-522733/LatestNews/31 with updated information said, “According to the Japan Meteorological Agency (JMA), Mindulle on Tuesday morning made landfall in the Hidaka region of Hokkaido and downgraded to an extra-tropical cyclone, Xinhua news agency reported.

“Mindulle, the ninth typhoon of the season, left 30 persons injured and interrupted transport in and around Tokyo, while 850,000 persons were asked to evacuate on Monday.

“The evacuation order in six districts across Hokkaido came after the rivers inundated the surrounding areas, JMA said.”

OnionBusiness.com will work to keep our readers updated. In addition to the immediate impact, the weather systems may also disrupt the Japanese onion industry, affecting both exports and imports. 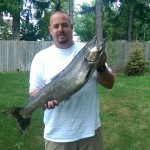