Who’da thunk it! The hows and wheres of food production going mainstream 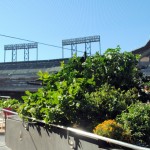 At the recent National Onion Association convention in Niagara Falls, NY, NOA Director of Public and Industry Relations Kim Reddin provided an insightful presentation explaining where the food industry as a whole is headed and how onions specifically tie into the evolution of eating.

As Millennials wield increasing influence with their buying power, and as Generation Z gets a firmer toehold in the buying/consumption landscape, experts are seeing that food is, more than ever, a huge part of everyday culture around the globe. People eat to live, yes. But there is also that philosophy of living to eat.

Kim said that industries that have never before been involved in food per se are now lock, stock and barrel part of the culture. To wit, the San Francisco Giants have a field farm and are growing their own produce. “Stadium food” takes on a whole new, more non-nacho meaning. Visit http://www.sierraclub.org/sierra/2014-5-september-october/green-life/growing-growing-gone-urban-farming-hits-big-leagues to read more about that aspect of the “team farm.” Fascinating stuff.

She also spoke of U.S. Navy submarines that are experimenting with submarine food production, and you can read about it in a story posted at http://www.newsmax.com/TheWire/vegetables-submarines-garden-navy/2016/07/07/id/737514/. The piece written by J. Wheaton says, “Vegetable gardens may be coming to submarines after a U.S. Navy program has begun experimenting with the best undersea growing conditions… The $100,000 project is testing hydroponic gardening inside a 40-foot shipping container at the Army’s Natick Soldier Research, Development and Engineering Center near Boston, The Associated Press reported [recently].”

Who else is in the food production business? Jet Blue. The airline company is growing produce on an airfield.

Kim noted that food choices are now made largely digitally, and she cited stats showing consumers are younger and more mobile. Also, interestingly, there’s a growing demographic of singles.

She said that 28 percent of all U.S. households are single or singles living with other singles, which is the highest ever. Moreover, Gen Z’ers, the consumer generation born between 1995 and 2000, are becoming more influential in the digital food culture in a big way: They represent 23 percent of the population and are 100 percent digital.

But don’t expect these youngsters to hang on your marketing/advertising word, because they reportedly have only an 8-second attention span. What’s more, it’s predicted that in the near future that span will shrink to 4 seconds, as quoted from a Hartman Group study by Kim. You can read more at http://www.hartman-group.com/hartbeat/643/new-kids-on-the-block-first-look-at-gen-z.

Also of note, Kim said, is that Gen Z’ers are interested in flavor, ethnic choices and “transparency.” The NOA is proactively working to reach Generation Z, she said – and she added that Baby Boomers still carry weight in the food industry.

‘“Boomers, those aged 51 to 69, view food as a key to living a higher quality of life for longer,’” the piece quoted Abbott as saying. ‘“Boomers have driven a lot of what has been going on in terms of the fresh, less processed food movement,’ Ms. Abbott said. ‘“They not only led it; they shaped it. They also led and shaped how the organic food movement is happening.’”

Addressing the wave of social media marketing and advertising, Kim said that Twitter is a very useful tool for the NOA. The association hosts parties on Twitter and have had huge success. With participants numbering in the millions for each Twitter party held.”

Tune in to the next one, which is today, July 21, at 11:30 a.m. PST. Kim as the Onionista will host a Twitter chat with the hashtag #onionoutdoors. See below. 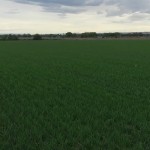