Why celebrate one holiday when you can spend your fun tickets on more than a half-dozen in a single day?

In case you’re still on a National Onion Ring Day high from June 22 and cannot wait for another reason to celebrate, we ask you this: What could possibly be better than an official national day of observance that melds National Onion Day with (we’re being totally serious here) National Ice Cream Cake Day and National Sunglasses Day?

That’s seven reasons to hip-hip-hooray – but of course we’re partial to the first one and pretty fond of the second and third as well.

National Onion Day was established as a June 27 observance just last year by the National Onion Association. It gives props to the 107-year-old Association and declares our favorite produce item to be a rock star as a $1billion U.S. industry and a versatility that knows no bounds.

For instance – and here we segue into National Ice Cream Cake Day and its two ingredient, ice cream and cake, with emphasis on ice cream – did you know there’s such a thing as Onion Ice Cream? No? We did a bit of sleuthing and found an online recipe by someone with the tragically/hysterically hip online name of Professional Moron. And at https://professionalmoron.com/2016/02/26/onion-ice-cream-recipe/ Pro Moron generously shares the recipe for Onion Ice Cream. The recipe is not complicated. Melt ice cream (we assume flavor of your choice). Puree a dozen onions. Mix the two, simmer for a bit and then freeze.

Reviews are mixed, as one might imagine. And if you aren’t in the mood to puree your onions, you might reach back to National Onion Day and borrow the recipe for “Fried Onions with Parmesan Cheese” found in John Mollard’s 1802 cookbook “The Art of Cookery Made Easy and Refined.” Renaissance gourmand John suggests “cutting onions into 1/2-inch rings, dipping them into a batter made of flour, cream, salt, pepper and Parmesan cheese then deep frying them in boiling lard.” And – love this guy – John also recommends serving the fried onions with “with a sauce made of melted butter and mustard.”

Regardless of what you eat, be sure to wear your coolest sunglasses! We think this holiday should be every day.

As for National Orange Blossom Day, there are a few suggestions that come to mind: Nehi Orange, a soda that’s edging up on 100 years in 2024; and the absolutely crazy good 1961 recording of “The Orange Blossom Special” by the Spotnicks at https://www.youtube.com/watch?v=JJB_M8WOR7k.

National PTSD Day is no joke, especially not this year. At https://emanuelcountylive.com/2019/06/national-onion-day-national-ice-cream-cake-day-national-sunglasses-day-national-orange-blossom-day-national-ptsd-awareness-day-national-bomb-pop-day-national-handshake-day/, in among the other days’ descriptions we found a somber reminder. “This is a day to recognize the effects post-traumatic stress has on the lives of those affected by it. Post Traumatic Stress Disorder has a profound effect on the lives of those who suffer from it. The statistics alone are staggering, but can only tell a portion of the story. The trauma and anxiety associated with PTSD is a constant burden, inseparable from the sufferer. It was once a condition that was attributed only to returning combat veterans, but more and more the condition is diagnosed in those who have experienced violent crime or lived through catastrophic events.”

And, “According to PTSD United, 20 percent of adults in the United States who have experienced a traumatic event suffer from PTSD.”

And a fitting end to June 27 up until this year has been all touchy-feely. While National Handshake Day 2020 might be National Elbow Bump Day, keep in mind for virtual visits there is an emoji for clasping hands. And air kisses are free on Zoom.

Why celebrate one holiday when you can spend your fun tickets on more than a half-dozen in a single day? was last modified: July 1st, 2020 by Onion Business
holidayNational Onion Day
0
Facebook Twitter Google + Pinterest
previous post 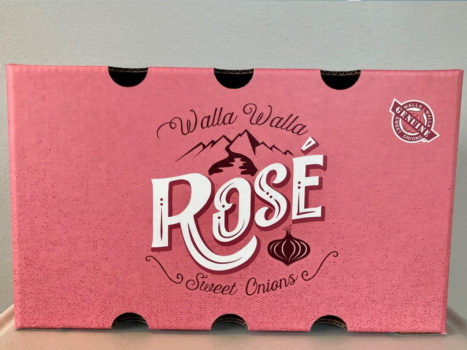 It’s off to the races for Walla Walla Sweet Onions!