Good quality and sizing from the 2015 onion test plot at Aspen Produce has prompted the longtime San Luis Valley potato operation to expand the program in 2016, and, if results are favorable again, to look at commercial production in 2017.

The onions sized well, “everything from a colossal to medium,” and they’ll be bagged in 5# poly for local retail sales.

Farm Manager Jake Burris said the 2015 test was on transplant Highlands, and in 2016 he plans on direct seeding Graneros. “I’m working on getting the equipment right now,” he said.

Burris said, “We had mostly jumbos this year, and they turned out pretty well from the transplants. If I get the equipment for direct seed, I’ll drill in April and harvest in October.”

The farm uses pivot irrigation for onions and potatoes, and Ellithorpe said initially the onions will be packed out of the existing shed on a dedicated line.

Ellithorpe added, “If we can make next year’s larger test pan out, in 2017 we might officially be an onion house.”

He also said Aspen is working on an onion label for its newest commodity. 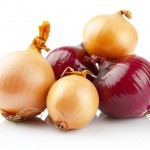