Most of the nation’s onion-shipping areas reported good overall movement and normal-to-excellent sizing and quality in early November.

According to a report released by the National Onion Association, yellows were “sluggish” at the end of October, but NOA Executive Vice President Wayne Mininger noted that total “onion utilization in the U.S. is steady and impressive” in his Nov. 1 statistical report.

“As described in various locations, there are lots with significant shrinkage, quite a few of which have been moved already,” Mininger wrote.

Eastern U.S. has a “normal crop; not as large as last season’s exception circumstance,” he said. Quality is said to be mostly good, with some lots in the poor or fair range. The market was favorable. Some growers are holding on for better pricing when the “winter rhythm is established,” the NOA report said.

In the central part of the country, quality and size is being called good to excellent in most lots, although there are some lots with significant shrinkage. Again, the market was described as steady with good prices except on small onions. Price and volume pressure from Western onions had been noted, but the consensus was that the national crop is quite manageable, and pricing should work out to the industry’s overall benefit “over the long run.”

It was the Western U.S. that saw the “most favorable harvest weather… in recent memory,” and a large portion of the crop is described good/excellent in quality. There are, however, more shrinkage issues than normal, causing some industry members to say demand has been affected, prices pressured and movement slowed.

Mininger commented that total shipment volume will be reduced from the large production areas… and the national crop is certainly manageable. In particular demand for reds exceeds the norm.”

Canada has experienced active trading on a good-to-very-good crop that is now in storage, and the market is more favorable than normal due to the Canadian onions moving into the U.S. and the strong U.S. dollar.

Exports to Mexico are “modest/moderate,” with the dollar/peso exchange rate pressing U.S. prices up, the NOA said. Most of Mexico’s onion fields were spared damage by Hurricane Patricia.

And South Texas, hit by Patricia-spawned rains in October, has received weekend storms four weeks running. But growers continue to plant, looking at Nov. 15 as the cutoff date. 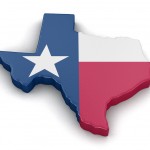