For the onion industry, Cinco de Mayo is a biggie, with onion sales reflecting the popularity of Mexican cuisine in the United States. The day is celebrated across the nation with lots of fiesta fare – salsa is huge item on Cinco de Mayo.

Don Ed Holmes of The Onion House in Weslaco, TX, said white onions, the favored variety for many of the dishes associated with the day and the cuisine, were running $18, well above yellows during the last week of April. So… sell those onions! Reds and yellows, too, are quite adaptable to the menu.

Just a quick dose of history: Cinco de Mayo is observed “to commemorate the Mexican army’s unlikely victory over French forces at the Battle of Puebla on May 5, 1862, under the leadership of General Ignacio Zaragoza Seguín.” Puebla is situated southeast of Mexico City. Here in the United States Cinco de Mayo is sometimes thought to commemorate Mexican Independence Day, which is actually celebrated on Sept. 16. 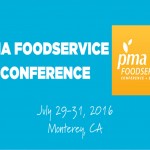