This year’s PMA Foodservice show, set for July 29-31 at the Hyatt Regency Monterey Hotel & Spa in Monterey, CA, follows a record-breaking event last year at the Portola Plaza. Will the change in venue affect attendance?

Consider the following: “Nestled in 22 acres of soaring Monterey Pines, the Hyatt Regency Monterey Hotel and Spa on Del Monte Golf Course is a destination hotel providing the most discerning traveler with the quintessential Monterey experience,” the hotel’s web site says. “Its Central California Coast location offers guest close proximity to downtown Monterey and Monterey Airport and easy access to some of the Peninsula’s most,” including the Pebble Beach Company’s championship course, the Marilyn Monroe Spa and the TusCA Ristorante, a farm-to-table restaurant.

Tweets from 2015, when the new venue was announced, were positive, such as this one from Church Bros.: “Whohoo! New Location 4 @PMA #pmafsc 2016 Hyatt Monterey @Church_Brothers team is excited!”

The figures from 2015 are impressive, with 1,870 attendees, including more than 200 operators and 480 distributors/wholesalers, coming to Monterey.

But this year, as recently as this week, nearly 200 exhibitors were listed on the PMA Foodservice exhibitor index page, with the onion industry well represented. In fact, of the 201 booths shown on the floor plan, only seven were not filled.

Of course the show provides invaluable networking opportunities at “the only event dedicated to fresh produce in foodservice.” There’s time to conduct business during the event in the Networking Lounge, where attendees can meet not only with their existing partners but also build new relationships. The popular Strolling Lunch, which provides time to talk to chefs while sampling new ways to incorporate fresh produce into menus, is back this year.

The setting is perfect, and the schedule includes the Center for Growing Talent by PMA/Joe Nucci Memorial Golf Tournament and CGT 5k Race for Talent in addition to the much-anticipated Tour de Fresh three-day bike ride from Napa to Monterey with produce industry members pedaling the course.

Inside the venue will be hands-on training for fruit and vegetable care, handling and usage. Sessions will feature marketing strategies in “Turning Your Customers into Advocates,” with speaker Johan Berger; “Food Safety: Positioning Yourself as a Trusted Source,” with moderator Tim York, CEO of Markon Cooperative and Speakers Bob Whitaker, chief science and technology officer of PMA, Lance Donny, CEO of On Farm, and Robert Stovicek, president of Primus Labs; “Fascinating Flavors: Enticing Customers with Tastes and Trends,” with speakers Patty Johnson, global food and drink analyst with Mintel; Carol Christensen, director of institutional advancement with Monell; and Chef Tony Baker.

Also on the schedule is “Menus of Change: From Seed to Stalk,” which looks at food trends in an interactive session featuring Chef Richard Blais of San Diego’s Juniper and Ivy.

The event has long been a mainstay for all things produce and all things foodservice.  Major food buying groups such as US Foods,  Markon and ProAct use the time surrounding the event to hold major annual meetings. Some companies, Sysco included, stage vendors expositions of their own, capitalizing on the produce companies that travel to Monterey to exhibit. And individual produce companies and commodity groups take advantage of the top local chefs and their eateries to entertain clients and hold special events as relationship builders.

It looks like a great show is in the cards, and over the next weeks and months, we will get into the heart of all of it. 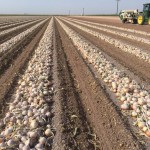