Tom O’Brien, principal of O’Brien Culinary Communications and teacher at the renowned Kendall College in Chicago, took some time to chat with OnionBusiness.com during the International Foodservice Editorial Council conference Nov. 2-5 in Portland, ME.

With his strong background in the culinary arts and his familiarity with both print and digital media – “I do a variety of freelance writing and public relations and recipe development services…” – Tom can move easily from one aspect of foodservice to another. He is speaks very fluent onion-ese, and he provided some good insight into our industry.

We asked him how onion grower/shippers could best increase demand of onions on menus, and he said the opportunities are wide open.

He said one angle is to elevate onions from bulk commodity to a family of specialty varieties. O’Brien noted that rice, long a commodity bought only in bulk, has taken that exact road.

“Onion grower/shippers can talk about their different varieties and how they differ from each other flavor-wise and performance-wise,” he said, adding that specific attributes will take onions to a “more important place in the chef’s mind.”

“Chefs would like to know why one onion would be more suitable to a dish than another,” he said. That takes the onion out of the “mere commodity” realm.

“Farm-to-fork is in every segment of foodservice now,” he said. In addition to high-end restaurants, it’s found in hospitals that promote their connection to sustainable agriculture.

“So it’s not just in restaurants – it’s at colleges, in healthcare and in fast-casual dining,” he said.

As Millennials continue to mature, they’ll very likely promote the concept and demand it from food producers.

“Baby Boomers didn’t grow up with sustainability, but Millennials did. So it’s not a fad; it’s here to stay, and it’s going to continue to be important in most segments.”

It won’t be as important in fast food, where the customers are very price-sensitive – but O’Brien said high-end eateries would find their clientele more attuned to it.

In the area of recipe development, O’Brien said working with onions is not unlike working with a blank canvas – the possibilities are endless.

“That’s the great part about onions. They are so versatile and can be the main dish, the side dish or a part of a relish. Very few food items can claim that,” he said.

We asked O’Brien about the importance of real-time news and communication, and he said, “It’s extremely important. It’s a generational of sorts. I teach college, and those students live on their tablets and cell phones. But it’s not just that generation. Latest figures on social media show the median usage of over-55, and more than half of them use Facebook and Twitter daily. Even the older generation is using the web as their main source of information and communication.”

He offered tips to companies just entering the digital communication arena, saying, “Be careful to assign someone to do it – one person. And be careful of what you post. Start out slowly, dip your toe into the water and see what happens.”

You can reach Tom O’Brien at tom@obrienculinary.com. 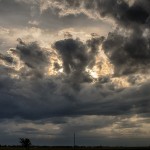