Rio Grande Valley growers are working to get the last of their onions in the ground by Nov. 15 to make the spring window, but recent rains have hampered efforts for weeks. October’s Hurricane Patricia dumped 10-20 inches in some areas, and since then rains have hit each weekend. Don Ed Holmes of Onion House in Weslaco said on Nov. 10 he expects to get about two-thirds of his normal crop due to weather, and he said, “That’s pretty general across the Valley. It’s been an unusually wet October and November.

Don Ed also said acreage over the past 15 years has diminished from more than 12,000 to under 5,000, and he attributed the reduction to increased production in Mexico, Georgia’s retail program and S. Cali’s yields.

For the weather-related losses in the current crop, Holmes said government-sponsored insurance will provide some relief to operations who were not able to get in the ground by Nov. 15 due to weather.

“We planted for four days this week,” he said. “The rain last weekend was not as bad as the previous storms.” 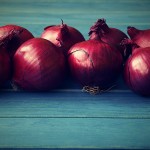