President Donald Trump announced the weekend of Jan. 22 that his choice for Secretary of Agriculture is former Georgia Gov. Sonny Perdue, and the selection has thus far met with positive response from the produce industry.

If confirmed, Perdue will oversee some 100,000 Department of Ag employees and approximately $140 billion in ag programs. He will also have a major role in the Farm Bill that comes up for reauthorization in 2018.

Response from the produce/onion industry to Perdue’s appointment has been positive. United Fresh President and CEO Tom Stenzel said in a prepared statement, “We congratulate Gov. Perdue on his selection as the next Secretary of Agriculture. We have high regard for his past work with our Georgia fruit and vegetable industry, and are confident he will bring a passion and commitment to supporting agriculture, and helping us deliver healthy foods to all Americans. We anticipate meeting with Gov. Perdue soon and working with him on critical issues such as securing an adequate workforce through immigration reform and a new guest worker program, bolstering free and fair trade, serving the neediest Americans through federal feeding programs, and more.”

“Sonny Perdue is the son of a Georgia farmer and a veterinarian by training,” Mininger said. “I believe it is a positive that he has top-level political management experience in a state that includes substantial specialty crop production, marketing, and international trading activity. It’s fair to say he understands the challenges, and he knows who producers are and what they face. I’d say that’s got to be a plus in expecting that he’ll make a good secretary that has the potential to be an exceptional advocate for agriculture.”

Fellow Georgian Susan Waters, executive director of the Vidalia Onion Committee, commented, “We’re excited to have such a distinguished candidate from Georgia be nominated as Secretary of Agriculture. Having grown up on a farm, Sonny Perdue has not only a good understanding but also the right qualifications to assist and support farms. We think he’ll be a great asset for the agricultural industry.”

Waters’ enthusiasm was echoed by Cliff Riner, Vidalia Onion and Vegetable Research Center coordinator and area onion agent. He said having Perdue head up the Department of Ag is “a very big deal from a lot of standpoints.” Riner went on to say, “He has good experience with water matters, and that will be a great help. Water is going to be a big issue in agriculture. Also, Sonny Perdue has a career-long record of being farmer-friendly, and I think it would have been hard to find anyone better for this job. He is a doctor of veterinary medicine, and he also has experience in ag chemicals.”

And from his office in Nyssa, OR, Kay Riley of Snake River Produce weighed in, noting, “I’m concerned about immigration, and I’m not too encouraged about his stand.” Riley said the nomination of a Georgian was somewhat of a surprise. “It seems as though the Secretary of Agriculture is usually from Iowa or Kansas, and we were hopeful when Idaho Gov. Butch Otter was mentioned. I was a bit surprised to see the Georgia nominee.”

The 70-year-old Perdue served as the 81st Governor of Georgia from 2003 to 2011, the first Republican governor of that state since Reconstruction. He currently serves on the Governors’ Council of the Bipartisan Policy Center in Washington, DC. He is a veteran of the U.S. Air Force and was a registered Democrat prior to moving to the GOP in 1998. 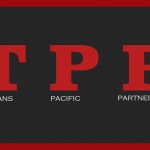