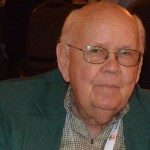 Larry Bauman: “On my screen I see the fifty-pound bags of onions rolling off the conveyor. Day and night, winter and summer – the machines just keep running.”

Larry Bauman runs his onion production company Target AG from Othello, WA, and since 2001 his factory has operated largely with machines from Eqraft. Recently Larry explained how the collaboration came about, and why he made what was then an unconventional choice to do business outside America’s borders.

“I sit here at my computer, 12 and a half miles away from my company, watching how the 50-pound bags of onions roll off the Baxmatic conveyor and move to the palletizer. Topping, sorting and packing the onions – it all runs automatically. I really can enjoy that,” noted Larry during a phone interview. The 79-year-old Oregonian said he moved to Othello in Washington 35 years ago to start a new agricultural enterprise specializing in onions. He wanted to be a supplier to the peeling industry, but now he also delivers to retail. By 2017 the family company was producing, storing and processing onions with 30 employees.

A tipping point came in 2001, a challenging year for the Bauman family, recollected Larry. His factory suffered a fire in February, which destroyed the sorting line. Partly under the persuasion of his son Mark, Larry decided to rearrange his factory entirely.

“Mark was in Europe and knew that the American model could do with a great deal of improvement. Things were running far more efficiently in the Netherlands at that time. I had never done business outside the United States, but I knew that if we wanted to grow, we had to look to Europe,” he said.

Mutual connections in Oregon put Larry in touch with Gerard van der Knijff at what was then ERC Machinery (now part of Eqraft). Gerard hopped on a plane and appeared as a practical consultant for Target AG.

Among other things this led to the purchase of an ERC topping and bigbag fill line. Over the years Larry and his sons Kerrick and Mark built up a good working relationship with Gerard and his colleagues, and other purchases followed, including box fillers, weighers, Baxmatic and assorted packaging machines.

“The Dutch are global traders. Instead of saying ‘no,’ their attitude is always, ‘Let’s work together to find a way of resolving this problem,’” Larry explained. “I had never come across the quality of the Eqraft machines, and if there are problems, they’re solved. The way the company collaborates with others in the industry is also an advantage. That makes for a high level of integrated knowledge – the entire production line is considered, from quality control to product handling.” 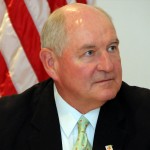