Love him or hate him, he’s doing what he promised. 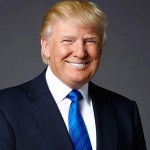 During his first Monday in office, President Donald Trump signed an executive order to withdraw the United States from the Trans-Pacific Partnership, or TPP, a 12-nation trade deal negotiated under the Obama administration but never approved by Congress.

Commenting from the perspective of the onion industry was Wayne Mininger, executive vice president of the National Onion Association, who told OnionBusiness.com the TPP move was expected.

“As predicted, Mr. Trump acted upon his campaign promise and ditched the Trans-Pacific Partnership (TPP),” Mininger said. “While Republicans are basically inclined to encourage international trading, trading that is inherently advantageous to American agriculturalists, this 10,000+ page deal was fraught with multiple provisions that simply didn’t make the cut in the new President’s mind.”

“TPP did include a favorable consideration for fresh onion category,” he said. “Japan’s onion import tariff for onion is 8.5 percent ad valorem. The U.S. has a ‘preferential’ rate due to a prior trade agreement already in place with Japan. The ‘general’ rate is 10 percent for all ‘non-agreement’ nations. If TPP had passed, onion categories would have gone to 0 percent whenever the treaty ‘enter[ed] into force’ in Japan.”

Mininger concluded, “This potential onion advantage goes away with President’s Trump’s move. In reality, the TPP agreement was so massive that there could certainly have been larger net cons that would have outweighed the onion industry’s net pro in the deal as struck. In any case, NOA will continue to advocate for trade pact inclusions that are net gains for the U.S. onion industry.”

Kay Riley, co-chair of the NOA’s legislative committee and general manager of Snake River Produce in Nyssa, OR, said, “We supported TPP and the tariff reduction on onions going into Japan. Of course our support was based on our own needs, and it seemed like a good agreement from that standpoint. It’s not unusual for a new president to make swashbuckling changes during the first days in office. Barack Obama did the same thing. They have to make good on campaign promises, but I think a lot of the integrity is gone from the system.”

Support for the new President is voiced from Paul Skeen, President of the Malheur Onion Growers Association.

“First and foremost, Donald Trump is our president, and we need to stand behind him,” Skeen said on Jan. 25. “So far, there is no reason why we shouldn’t fully support him because in his first days, he is actually doing what he said he would do. Since President Trump supports the American worker, I would like to see him address the strong American dollar situation we have right now, which is allowing Peru, Mexico and Canada to flood our market with onions at profit while we have American onions readily available. President Trump said he would deal with NAFTA, and between him and nominated Secretary of Agriculture Sonny Perdue, they need to help us out.”

Illustrating the new administration’s move away from multilateral trade deals and toward bilateral deals with individual nations, the TPP action was preceded by an announcement on Sunday, Jan. 22, that the President is also ready to renegotiate the North American Free Trade Agreement and has set meetings with both Canadian Prime Minister Justin Trudeau and Mexican President Enrique Peña Nieto.

During the Jan. 22 swearing-in ceremony for White House advisors, the President said, “We are going to start renegotiating on NAFTA, on immigration and on security at the border.” The Nieto meeting will take place Jan. 31.

The list continues:
“3. Direct the Secretary of Commerce to identify every violation of trade agreements a foreign country is currently using to harm our workers, and also direct all appropriate agencies to use every tool under American and international law to end these abuses.
“4. Tell NAFTA partners that we intend to immediately renegotiate the terms of that agreement to get a better deal for our workers. If they don’t agree to a renegotiation, we will submit notice that the U.S. intends to withdraw from the deal. Eliminate Mexico’s one-side backdoor tariff through the VAT and end sweatshops in Mexico that undercut U.S. workers.
“5. Instruct the Treasury Secretary to label China a currency manipulator.
“6. Instruct the U.S. Trade Representative to bring trade cases against China, both in this country and at the WTO. China’s unfair subsidy behavior is prohibited by the terms of its entrance to the WTO.
“7. Use every lawful presidential power to remedy trade disputes if China does not stop its illegal activities, including its theft of American trade secrets – including the application of tariffs consistent with Section 201 and 301 of the Trade Act of 1974 and Section 232 of the Trade Expansion Act of 1962.” 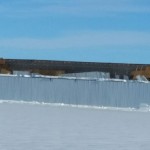