United Fresh Produce Innovation, set for June 20-22 at McCormick Place in Chicago, is one of four shows at the complex attendees can visit with the purchase of one convention badge. In addition to the produce extravaganza, McCormick Place is also the venue for FMI Connect, the Global Cold Chain Expo and the International Floriculture Expo.

FMI will run June 20-23, one day longer than the other three shows.

In his position at H-E-B, Boyan is at the head of one of the nation’s largest independent food retailers. H-E-B now has more than 370 stores in the United States and Mexico, with more than 86,000 employees. He is a member of the H-E-B board of directors and a trustee of the company’s investment retirement plan as well.

In addition, Boyan serves on the board of the Food Marketing Institute (FMI) and also served as the chairman of the 2016 FMI Midwinter Executive Conference.

Brown heads up LEYE, a company that owns more than 100 restaurants with 51 different concepts “ranging from fast casual to fine dining nationwide,” according to United Fresh. While he is “first and foremost a restaurateur,” Brown’s reputation is one of an entrepreneurial spirit and the desire “to provide a high level of hospitality and care to both guests in the restaurants and employees.”

Attendees will also hear from incoming United Fresh Chairman of the Board Tony Freytag, who is senior vice president of sales and marketing for Crunch Pak in Cashmere, WA, and will celebrate the graduation of the United Fresh Produce Industry Leadership Class 21 and the announcement of the newest members of Leadership Class 22. 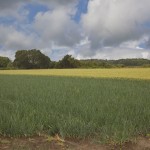