Pedaling the rigorous line of asphalt that separates the California cities of Napa and Monterey, riders in the three-day 2016 Tour de Fresh will fulfill personal goals by logging just shy of 200 miles – and on a more universal note, they’ll be raising funds through sponsorships for salad bars in school districts across the nation.

The event kicks off July 26 in Napa, with 55 riders representing novice-to-expert abilities will begin the journey to the coastline and then south to Monterey, site of the PMA Foodservice Conference at the Monterey Hyatt Regency Hotel and Spa and the Tour de Fresh finish line at T&A Wharf Marketplace.

According to Maria Lopez, a three-time Tour participant who rides for Pajaro Valley Fresh, the riders are expected to cross that finish line sometime during the afternoon of July 28 – to the welcome of friends and onlookers as well as vendors and a celebration.

“It’s going to be another great ride,” Maria told OnionBusiness.com on June 1. “We have riders of various levels, ages and occupations, and on day two this year we’ll have two routes, one for the more accomplished riders and one for the novices.”

In her own training regimen, Maria has been riding approximately 100 miles each week, and she told us that distance increases as she prepares for the event, which coincides with the PMA Foodservice Conference in Monterey.

Just as PMA Foodservice looks at the spectrum of produce, so does the Tour –presented by The California Giant Foundation as a collaborative effort to provide salad bars to schools.

On its web site, www.tourdefresh.com, the Tour is described as an event that “unites the most significant brands and influencers in the fresh produce industry for a [multiple]-day cycling event that raises funds to benefit the Let’s Move Salad Bars to Schools campaign.”

“The goal of the 2016 Tour de Fresh and its participants is to privately finance 100-plus new salad bars in school districts across the country,” the site reads. “At a cost of $3,100 per salad bar per school, sponsors and participants alike strongly believe that providing healthy eating opportunities for school children should be a requirement.”

For more information on sponsoring a rider in the Tour de Fresh, go to the web site at http://www.tourdefresh.com/riders.php. 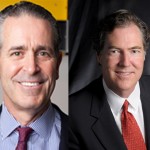