Mike Smythe of Big Country Sales, Inc. says the Imperial Valley could be looking at increased acreage and more reds in its 2016 onion crop.

“Stands are looking great so far,” Mike told OnionBusiness.com. “It looks like acreage may be up due to hay and wheat prices being off. More reds have been planted, and growers for Big Country have doubled their red crop.”

He said that weather is a constant factor, adding, “Of course the Imperial Valley is keeping a watchful eye on El Niño, and we do expect more rain.”

Smythe also noted that historically, El Niños have not had the negative impact in California’s Imperial Valley that they have had in other areas of the United States, leading IV growers not to expect the weather system to be a huge factor in the crop.

Regarding harvest, Smythe said, “Because of the strong demand for reds and depending on the packouts, there may be pressure to get Imperial Valley rocking and rolling when the season begins.”

Overall, the onion veteran says he foresees “a great season ahead for Imperial Valley.” 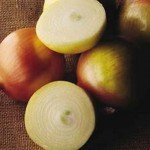