In a Dec. 1 report, the National Onion Association provided an estimate of “marketable” storage onions, noting that this is the point in the season when estimates change from gross field run figures that were derived from harvest to current appraisals of storage onions that will move into the pipeline during the remainder of the shipping season.

Stocks at this point are between 12 and 13 percent lower than YTD 2014, when inventories were described as “unusually high.” In its report, the NOA said that “… this is favorable and manageable positioning when compared to 2011-14 estimates noted on the accompanying 50# volume totals.”

Moreover, quality is generally good, the report said, with many lots described as “excellent.” There are reports of above-average shrink in more lots than normal, however.

“A number of marketers suggest demand is sluggish, which may be more of a reflection of some anxiousness on the part of those pushing movement from lots with a few issues, rather than ‘real resistance’ to pricing levels, or any slowdown in consumer eating habits,” the report added.

By region, in the East, movement is said to be steady, price holding but “prevalent feelings expect improved prices are warranted and should occur sooner rather than later.”

The nation’s Midsection has a “particularly nice crop in storage across the region,” and “ambitions to improve pricing is the current challenge as softer marketing from competing production areas is noted.”

In the West, a hot summer “influenced most of the Northwest crop to a greater extent as compared to normal. While a large proportion of the crop throughout the region is of very good to excellent quality and sizing, there are more lots than usual with variability in play. Inventories are certainly manageable and should support firming prices; most feel the question is when, rather than if, such will occur.”

From Mexico, there have been a “few mixed signals regarding acreage; most agree it is similar to recent seasonal norms.” Recent weather said to be favorable for good crop growth.

In South Texas, the crop is in the ground after heavy rains interrupted sequencing on portions of the crop. Overall acreage down an estimated 20 percent.

Georgia is active in transplanting with good weather conditions. “Too early to evaluate comparative acreage as plantings will continue for an extended period into January of next year.”

Arizona has a limited production area. The crop is in the ground and “off to a good start.” 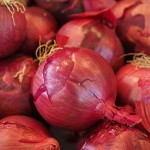 Speak up for your industry and support the...