The site says, “IVI specializes in post-harvest, root crop storage climate control and ventilation systems – from development to installation and service.” It goes on to say, “We custom design systems to meet your goals, and back it up with responsive, dedicated service technicians.”

The Nampa, ID-headquartered company “pioneered the development of climate-controlled vegetable storage facilities over 40 years ago,” and its goal is “to help you maximize crop storage length and quality, resulting in higher profit opportunities and a better end-product for consumers.”

And for the onion industry of Idaho-Eastern Oregon, Sales and Service Rep Anthony Molitor is the go-to guy.

Anthony, who has been with IVI for nearly eight years, told OnionBusiness.com he came to the industry in a “roundabout manner.”

“I started with the company in June of 2010 after my wife and I moved to the Boise Valley,” he said. 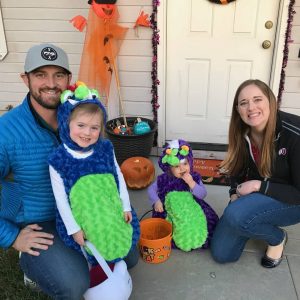 As they settled into the valley, Anthony and Allison also settled into parenthood with four-year-old Gwyneth and two-year-old Noelle.

And Anthony, ultimately, moved into the ag industry. “I have three education degrees from Idaho State University, and when my wife and I moved to area, I was trying to get a teaching job at a local high school. As I was going through this application process, Mike Machurek, IVI’s sale manager, gave me a call and asked if I was interested in some summer work with IVI while I was looking for a teaching job.”

The connection with Mike came through Anthony’s college days.

“I had gone to Idaho State with Mike’s oldest daughter, and so I had known him for several years – but I never really knew what it was that IVI did within the agriculture industry.”

So in June 2010 Anthony started what he thought was a short-term job in IVI’s production shop building and installing ventilation and refrigeration equipment and also doing post-harvest chemical applications.

“As several months passed, I was unable to get a teaching position, and IVI offered me a full time job – which I was very happy to accept. I worked in our production shop for about six months, and then our shipping manager moved back to his home state of Texas.”

IVI asked Anthony if he’d be interested in that position, which he held from early 2011 into 2014.

Then Mike Machurek offered Anthony a position in international sales. “I jumped at the chance to continue to move up with the company and also take on a role that had new challenges for me. I stayed with that international sales position until January of this year, when Chad Faaborg decided to retire from IVI. And I was asked again if I wanted to take on a new role.”

Today Anthony’s primary focus is “working with and supporting all the onion growers and shippers in western Idaho and Eastern Oregon, along with customers in central Nevada and California. I also will be working with local potato growers in our region stretching from Baker City, OR, east to Mountain Home, ID. Lastly, I will continue to work in a small international sales role with my main focus being on China.”

Anthony said IVI works “hand-in-hand with both the growers and the shippers. Because of how diverse our product portfolio is, we are able to work with a large variety of customers on not just the mechanical side of IVI’s ventilation and refrigeration business but also the pre- and post-harvest chemical application side of the industry.”

OnionBusiness.com asked Anthony what effect Snowmageddon 2017 might have had on the design of storage facilities, and he said, “From what I have seen and experienced, the storage design side of the industry has evolved, but I’m not sure that the challenges of 2017 directly impacted the change.” He went on to say, “You are seeing more customers build bulk storages [using curvet steel buildings]. However, at the same time, you are still seeing just as many straight-wall wooden bin storages being constructed.”

Rather than shape or construction material, he said, “The real evolution of storage design has definitely come in the form of technology. Technologies such as the ability to remotely access, monitor, and control a storage from a cell phone or tablet are invaluable tools and advantages for customers. Along with improved and easier to use control systems and energy saving tools, we are making post-harvest storage simpler to use while still maintaining the highest level of reliability possible.”

And IVI has tech news to share, Anthony said. “Our most recent technological advance would be the development and introduction our new Imperium control panel in 2017. It’s IVI’s most powerful and versatile control panel, and it will monitor and control every aspect of a storage possible. There are nearly no limitations to what we can accomplish with it.”

As the season progresses and Anthony becomes more familiar with his new role, he said he is “extremely excited to be working with all the growers and shippers in the area. This is an amazing industry to be a part of and I’m privileged to have the opportunity to help as best as I can.” And he gave props to his colleagues at IVI, saying, “I like to give a huge Hulk shout out and thanks.”

For more details on the company’s products and services, go to https://ivi-air.com/about-ivi/ivi-overview/. 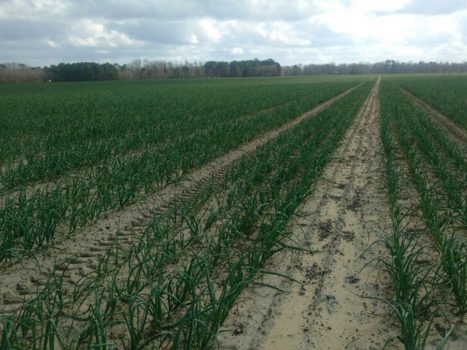 Market and Crop Update for February 22