Lest we lose sight…

In memoriam to those who served and sacrificed

With a long weekend to kick off the excitement of a new summer – vacations, kids at home, kids at camp, all the bustle crammed into a few short months – we sometimes forget the real meaning of Memorial Day and why we’re celebrating.

In fact, we are all observing a special day that was created at the end of the currently politically unpopular Civil War to honor those who fought and died. That conflict, fought within the boundaries of our country and pitting American against American – oftentimes family member against family member – claimed more lives than any other conflict in our history. As a result of the war that began with a Confederate Army attack at Fort Sumter, S.C., on April 12, 1861 and ended in the spring of 1865 with the surrender of Confederate General Robert E. Lee to his Union counterpart, Ulysses S. Grant, at Appomattox Courthouse on April 9, four years later, approximately 620,000 soldiers died from “combat, accident, starvation, and disease.”

The first “Decoration Day,” as it was called originally, was observed on May 30, 1868, and General James Garfield, who was elected President in 1880, spoke at Arlington National Cemetery where 20,000 Union and Confederate soldiers are interred.

As it continued to be observed throughout the following decades, it included military personnel who sacrificed their lives in subsequent wars.  The day’s name evolved to Memorial Day, and it continued to be observed on May 30 until 1968, when Congress pass the Uniform Monday Holiday Act and established Memorial Day as the last Monday in May specifically to create a three-day weekend for federal employees. That change didn’t go into effect until 1971, but when it did, Memorial Day became a federal holiday.

Traditions have come and gone, but those that remain include Memorial Day parades across the country that pay tribute to current military service men and women, veterans and those who gave their lives. Huge parades are held in Chicago, New York and Washington, D.C.

Poppies are worn on lapels. Graves are decorated; memorial observances held. And summer is declared.

To our military, OnionBusiness.com sends our thanks and our prayers for your safety and well-being. To our veterans, we give you our heartfelt thanks and recognize your incredible sacrifice for us and our country.

We’re celebrating freedom that didn’t and doesn’t come free, and to the memory of those who gave the ultimate sacrifice, we humbly say, “Thank you. God bless you, and may God continue to bless America.” 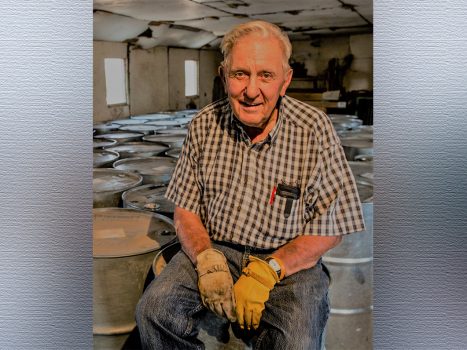