Services were held earlier this week to honor the life of one the Treasure Valley’s best-known family farm patriarchs, Owen George Froerer, who passed away on May 15 at age 87.

At the head of the Froerer family, Owen was an integral part of Froerer Farms, Ida-Spear Packing and Owyhee Produce – and he had remained active on the farm well into his 80s. He was also known for his love of adventure and seeing the world, and earlier this year he and more than two dozen family members traveled to see archeological sites in Mexico, Guatemala, Honduras and Belize.

A lifelong farmer and land steward, Owen was born Sept. 19, 1931 in Brigham City, UT, to Owen Joseph Froerer and Bernice Bowden Froerer and was one of four siblings. After Owen Sr. and Bernice moved to Vale, OR, Owen G. and his sisters, Ruth Froerer Chandler and Carol Froerer Carlson, as well as his brother, Ron, grew up on the family farm and graduated from Vale High School.

Preceded in death by his parents and son Randy, Owen leaves behind his wife of 65 years, Colleen, of the family home in Nyssa, OR; son Craig and Marla Froerer of Nyssa; a daughter Robin and Jed Myers of Nyssa; daughter Sharla and Matt Richards of Nyssa; 16 grandchildren, 28 great grandchildren and numerous extended family members.

He also leaves behind a legacy of hard work, devotion to family, to church and to country.

While preparing to serve a mission for the LDS church, Owen was drafted into the Army and served during the Korean War. Providentially, the day his transport boat landed in Korea, the Korean Armistice Agreement was signed, and for the next 18 months, Owen served to transport troops, equipment and supplies around the Korean peninsula as active combat decreased.

Upon his return from Korea, Owen and Colleen Bybee were married on Nov. 28, 1954, in the Salt Lake LDS Temple. The two settled in Nyssa, and Owen began his farming career in Idaho-Eastern Oregon. Initially he worked for his father-in-law, Shay Bybee, but Owen also rented land to farm on his own.

They also started their family, and it grew to include sons Randy and Craig, and daughters Robin and Sharla. In a moving tribute provided by the family, we were told, “His young life centered on raising a family and growing his farming operation. Activities included exploring the Owyhee desert and the Eagle Cap Mountains with his young family, his friends, and their young families.”

The adventurer also obtained his private pilot license, allowing him to explore other areas with his family and friends. The tribute went on to say, “Several trips to the Oregon Coast, Mexico and the mountains of Idaho were made with his plane in between the work of farming.”

An avid horseman since childhood, Owen never lost his love for riding and packing, and he often took trips into the Eagle Cap Mountains backcountry of Oregon as well as along the Imnaha River and in Hells Canyon.

The tribute said, “To celebrate his 80th birthday, he rode a horse into Hells Canyon several miles to elk camp and hunted with his son, daughter, a son-in-law, and two grandsons for several days before riding back out to get back to harvest duties. To be around him on these trips one could tell he had a great appreciation of the beauty of nature and the greatness of God’s creation.”

Hard work was second nature to Owen, and it was said that his “favorite activity was to work on the farm with his family.” He also credited Colleen for being “steady and glue the whole group together,” and over a 50-year period the two traveled to Mexico nearly 30 times, sharing their love and appreciation for the country and its history and customs.

Owen was also very active in the Church of Jesus Christ of Latter-Day Saints and served in a Bishopric, the Stake High Council, Ward Missionary and several teaching positions throughout his life. His tribute concluded, “He lived a life with a great love of family, a great love to explore, a great love of Christ’s Gospel, and a great love of his country. He will be missed but never forgotten.” OnionBusiness.com sends its heartfelt condolences to the Froerer family and to those whose lives were touched by Owen George Froerer.

Lest we lose sight… 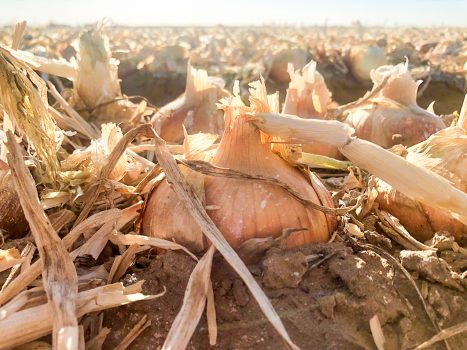