MARKET
Washington:
Brenden Kent with Sunset Produce in Prosser said on April 11, “Demand hasn’t been too bad this week, and the prices haven’t dropped. So all things considered, it’s a pretty good week.” He added, “Right now we have limited availability for open market onions, and our focus is servicing our program business customers.” Sunset Produce will be completed with the season sometime in mid-May.

Idaho-Eastern Oregon:
Steve Baker with Baker & Murakami Produce in Ontario, OR, told us April 11 that demand has been “fairly good” this week. He added, “As of Wednesday I am not as busy as we have been the past eight or nine weeks.” Steve said demand this week is stronger for colossals and super colossals, noting, “We have been getting calls from people we have not heard from in weeks looking for the larger sizes.” He said the market has gone up 50 cents to $1 on yellows, “depending on size.” And he said Baker & Murakami is getting “very tight on red onions.” Steve said the operation should be finished shipping out of the Treasure Valley “somewhere between May 5 and May 12,” and he said on April 11 there were about eight shippers from the area packing this week. “I think another three will finish sometime next week,” he said.

Texas Rio Grande Valley:
Onionbusiness.com was lucky enough to visit with both Mike and Marvin Davis with Tex-Mex Sales in Weslaco on April 11. “Demand has been very good,” Marvin said. “Our Texas crop is absolutely outstanding! It is honestly one of the best crops I’ve seen in years.” Mike said Tex-Mex is very busy this week. “We are extremely busy,” he said. “We are shipping carton yellows right now, and next week we anticipate the market to move up, so we will start shipping regular sack yellows and whites and reds will accompany those.”

Don Ed Holmes with The Onion House in Weslaco said on April 12 that the Rio Grande Valley is shipping and “moving into the $8 neighborhood.” He said, “There will be more on line next week. The rain slowed us this week, but there will be more this weekend and next week.”

Mexico:
Don Ed Holmes with The Onion House in Weslaco, TX, told us April 11 that the “market feels better this week” as the Northwest winds down. Demand has been good, and Don Ed said business overall is good. Noting that consumption is up over five years ago, Don Ed said April is generally a “fantastic consumption month when the weather starts to get warm.” This year spring is coming a bit later, but he said he’s optimistic for the rest of April.

New York:
Rick Minkus with Minkus Family Farms in New Hampton reported that demand and the market are both steady this week. “We are still shipping some Northwest onions and onions from upstate New York, but we are done with our own,” he said. “Some of these onions have already had a birthday, but that said, they have great quality!” Rick said that reds are tight. “Demand for reds has been very good, and the market is good too. But supplies are short.” He said that when Minkus has completed its New York and Northwest shipments, it will begin marketing onions from the Southwest. “We are selling a few onions from across the border, but we will begin marketing Texas and California crop fairly soon,” he said.

Broker’s Perspective:
Jason Vee with Vee’s Marketing in Lake Nebagamon, WI, said o April 11, “This is when it gets fun. Movement is good. Tampico is winding down. Texas is ramping up. Vidalia sweet onion season is only eight days away. Imperial Valley is also in that two-week window right now. And there a handful of shippers that will have storage yellows through May.” He went on to say, “I’m still moving some reds and yellows in Washington, and I have Wisconsin medium yellows to move.” Explaining the current market, Jason said, “There are lot of moving parts dealing with this many districts at one time. As a produce professional that only deals in onions, this when I get to use that experience to make smart choices about which districts to be in and for how long. Also, regarding produce experience, after how volatile trucking was in the first quarter when truck availability is historically the easiest for me, I am very hesitant to lock in freight rates for April to August.”

CROP
California San Joaquin Valley:
Steve Baker with Baker & Murakami Produce in Ontario, OR, reported on April 11 about his company’s San Joaquin Valley crop, noting, “I talked with our grower last week, and he said things are looking good. He said it looks like the crop at this time will be harvested on schedule between May 29 and June 2.”

California El Centro:
Jessica Peri with Peri and Sons in Yerington, NV, told us the El Centro harvest will start April 14, with packing five days later. “We have a full line of conventional, reds, whites, yellows and sweets and organic yellows, reds and sweets,” she said. Jessica noted good weather for the crop, and the crews are prepared to harvest. “We have lots of bins to get the onions out of the fields and out of the sun,” she said.

Washington:
Larry Bauman with L&L Ag Production in Othello told us on April 11 that L&L is planting approximately the same acres as last year. “We will be about 70% planted when this is published which is much better than last year and considered our normal time frame,” Larry said. “Our early planting have all emerged with good stands and uniform size.”

Brenden Kent with Sunset Produce Company in Prosser told us on April 11, “We are planting some last of our whites today, and then we will be completely finished with planting. We have had some cooler weather up here, but we have kept our normal schedule for planting.” Brenden said that Sunset will have the same program as last season. “We haven’t changed anything in terms our 2018-2019 program,” he said. “Our acres and colors planted are the same as we had last year.”

Northern Colorado:
Ryan Fagerberg with Fagerberg Farms/Fagerberg Produce in Eaton said on April 11, “We finished planting seeded onions a couple weeks ago and are now in the middle of planting our sets. We should be able to finish up with our sets in about three weeks, weather permitting. We have a good planting crew this year, and the addition of H2A workers has really helped out.” Ryan said there are no major changes to acreage or varieties this year. “We will make some small modifications to our packing facility this offseason that will hopefully make things more efficient next year,” he said.

New York:
Rick Minkus with Minkus Family Farms in New Hampton told us on April 11, “We began planting a week ago last Saturday, and so far we are about one-third in the ground and on schedule.” He added, “Today it’s 19 degrees, but we are still in the fields. The good thing about our black dirt is that when the sun hits it, it soaks up all the warmth and we can keep planting.” Rick said he could use some warmer weather to finish. “While I am not advocating global warming, I sure could use some of it today. Of course, I’ll be changing my tune once summer hits,” he laughed.  Also, take a look at the great planting snaps of the Minkus operation posted on their Instagram account. 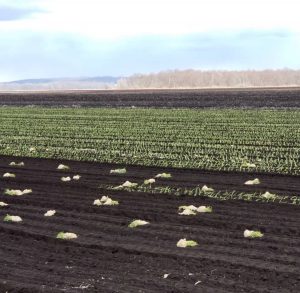 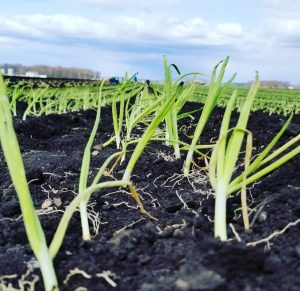 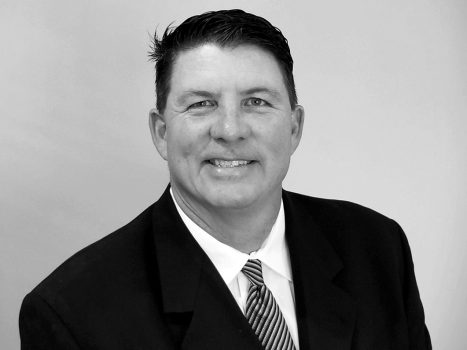