Market and Crop Updates for April 13

California Imperial Valley:
Steve Gill with Gills Onions in Oxnard, CA, told us the Brawley crop is in excellent condition and Gills has begun harvest.” We will have onions at the facility Thursday afternoon, and we are ready to go,” Steve said on April 12. “This year’s crop looks very nice, and the quality is outstanding!”

Idaho-Eastern Oregon:
Chris Woo with Murakami Produce Company LLC in Ontario, OR, told us demand is moderate this week. “We have seen orders increase due to the Easter holiday last week and this week,” Chris said. He estimated a total of eight area shippers are still packing. “With the majority of IEO shippers finished for the season, there are lower volumes and onions in fewer hands,” Chris said. “Consequently, we have moderate demand and have doubled our FOB. The overall demand may slow down slightly next week because there were a lot of orders for Easter, but it appears that the market will not be going lower.” Chris said Murakami is pleased with the quality of the onions they’re shipping now. “We are pulling them out of cold storage and they look beautiful!”

Sean Swanson with Four Rivers Onion Packing in Weiser, ID, reported on April 12 that the are packing and shipping reds and yellows out of cold storage this week. “Demand has been good this week, and it appears that the market is getting stronger,” Sean said. He said Four Rivers has availability on reds but shipping limited quantities. “We have jumbos and colossals available in yellows and, the quality going in the bag is very good,” he said.

Rio Grande Valley, TX:
David DeBerry with Southwest Onions in Mission told us on April 12 Southwest will wrap up harvest in the Rio Grande Valley next week, about 10-12 days earlier than normal. “We’ll start Winter Garden May 1-5,” he said, adding that there will be a bit of a gap between deals. He said quality coming out of the RGV now is really good, and “the market has improved a lot since April 1.” David said, “The last 10 days of March were really rough not just for onions but for all produce, but after that we saw some new customers coming in here to buy, and we’ve seen prices go up on jumbos. It makes our step a little lighter.” He also said SWO didn’t lose any onions to recent rains.

Don Ed Holmes with The Onion House in Weslaco said his operation is “on the back side of the Texas deal” and will be finished the week of April 24. “That’s two to three weeks early,” he said. Don Ed also said The Onion House had wrapped up its Mexico deal on April 11. “The market has reacted really well,” he continued. He said with the Idaho-Eastern Oregon deal also finishing up its 2016 onions and Mexico ending early as was expected, the market has bumped up. “Basically what we had was a lot of onions that turned into not very many, plus consumption is high. We had a rising market with 430-440 loads a day and a couple of days when shipments went over 500. There are so few people shipping, and the market looks good with $12 on jumbos. Demand has been exceeding supplies for the last week.”

California Imperial Valley:
John Vlahandreas with Wada Farms/Troy Caston Farms reported on April 12 they will start harvest on or about the April 25 and packing around April 28. Sizing looks to be normal, meaning a jumbo profile on yellows. Reds and whites will follow about three or four days later, John said. “The early onion looks very nice, and quality should be outstanding as it has been in the past,” John said, adding, “We ship from Calipatria, CA.” He was also able to confirm with more area shippers and reports that Landmark will start on Tuesday, April 18. John said, “Andy says quality is excellent.” Landmark ships from Brawley, and John also checked with Twin Palms and confirmed that its start date is April 17, and Twin Palms reported the “onions are nice.” John also said that Mike Smythe with Big Country Onion Sales is down in the dessert now and reported that crop is ready for them as well. John also checked in with Steve Almquist at Almquist Sales and confirmed that they will be shipping on Monday, April 17, shipping from Brawley.

Cindy Elrod with Peri and Sons in Yerington, NV, said that company’s El Centro del has seen warm weather, which she said is helping finish the crop. “The onions look healthy, and we’ll start clipping April 17 and selling April 24,” Cindy said on April 12. “The first field has a smaller size profile with good quality. So we’re getting set up and ready to go” with sweeter varieties from that location. Peri and Sons will have organics starting the first week of May out of El Centro, she said.

Washington:
Larry Bauman with L&L Ag Production in Connell said on April 12 they are still planting and have been planting late into the evening. Larry said the forecast for Thursday is rain and again next Monday. “As it looks now, the best day will be Easter Sunday, but we will not be in the fields that day!” Larry said. “We haven’t had to water yet, and the earlier plantings are emerging OK. The potato planting in our area is in full swing and not impacted with the rains, and dry land wheat is looking great and should be a large harvest again.”

Michael J. Locati of Locati Farms in Walla Walla said his crop is looking good. The farm has fall-seeded, spring-seeded and transplants, and Michael said some of the spring planting was delayed by rains and “a winter that didn’t want to quit.” But he said with warm weather, the crop is on track for that June 15 harvest start. “The stands look very good now, and we’re pretty happy,” he said on April 12.

Idaho-Eastern Oregon:
Chris Woo with Murakami Produce Company LLC in Ontario, OR, reported April 12 that growers were in the fields. “Our growers are hitting the fields in between the intermittent showers and are staying on top of it,” Chris said. “We are confident we’ll get everything in, and we aren’t concerned about making harvest on schedule.”

Winter Garden, TX:
David DeBerry with Southwest Onions in Mission said on April 12 that the Winter Garden crop is “the prettiest crop we’ve had in 2017.” He anticipates the deal starting May 1-5, and he said he’ll run Texas 1015s until the first week of June. “We’ll start with all three colors,” David said sizing is generally 75-80 percent jumbos. Southwest’s Winter Garden deal will go through June 5, and the company will also be moving Spanish yellows, whites and reds. David said there will be an additional 150 loads on the Mexican side as well this year.

Colorado Western Slope:
David DeBerry with Southwest Onions in Mission, TX, told us that “everything is in the ground” for his West Slope growers in Colorado. Southwest sells for Coal Creek Produce in Montrose, Hines Farms in Delta and Ahlberg Farms in Delta, and David said it the season goes according to plan, the sheds will ship “right after Labor Day.”

Don Ed Holmes with The Onion House in Weslaco, TX, said his growers on the Western Slope of Colorado and in Utah are finished planting for the new season. “John Harold [in Olathe, CO] planted an intermediate variety that can sometimes start in late August, but usually both Western Colorado and Utah come in right after Labor Day,” he said. 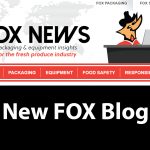