Ken Stewart of Four Rivers Packing in Weiser, ID, says the market has been steady this week. There is good demand for smaller onions, and price has been stable with reds continuing to price well. Ken said there have been more inquiries on reds, and he said shippers are cautiously optimistic about the season moving forward. With a report from the NOA stating that availability of onions from IEO is down, Ken said he sees a favorable market as we head into 2016.

Herb Haun of Haun Packing in Weiser said movement has picked up the past couple of weeks, and he expects the pace to continue through next week. Historically, he said, the two weeks leading up to Christmas are strong. Herb said there is good demand for all sizes and all colors across the board, and he also foresees the market holding going into January. He also said it could stay stable through the balance of the season, adding, “We have plenty of time to adequately market this crop.”

Andrew Gurda of A. Gurda Produce in Pine Island, NY, said his company continues to move yellows, reds and whites, and demand is steady with yellows moving the best. New York onions will be finishing up in April,” he said. 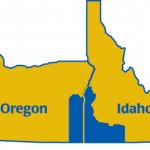 Reduced assessment seen as advantage by many IEOOC handlers