Washington:
Trish Lovell at Agri-Pack in Pasco said it’s been “kind of quiet, which is typical for the after-Thanksgiving period.” She added, “There hasn’t been a lot of demand, and prices are weak. Also, trucks are getting tight during the Christmas tree-hauling season.” She said prices haven’t moved much “since onions went into storage, and I feel for growers. I just hope everyone cuts back and we try to keep acreage in line.” Commenting on official stats, she said, “There’s been a general consensus among shippers that there need to be more accurate gathering of information to get the statistical reports to us.” And looking ahead, Trish continued, “I’m hoping exports open up the first part of December, but I doubt they will. I do expect to hear inquiries out of Japan after the first part of the year.” She said some onions had been exported to Taiwan, but that market shut down after receiving too much product from the United States and other production areas. “So there’s not much going on in the way of exports right now, and exporters are trying to create business,” she said.

Nevada:
Cindy Elrod with Peri and Sons in Yerington told us on Nov. 30, “We saw very good business for Thanksgiving. Although it is slower this week, business is still good, and we are on target with our shipments for the season. Pricing for whites is improving, and pricing for yellows and reds is steady.”

Idaho-Eastern Oregon:
Chris Woo at Murakami Produce Co. in Ontario, OR, said currently the market is steady, and pricing is slightly higher than last week. Demand for jumbos in all colors seems to be higher this week as well. Chris said Murakami production is keeping up with demand, and the quality of onions going in the bag is in good shape. He predicted pricing will start to rise with the increased demand together with the fact that current pricing is still not covering cost of production.

Western Colorado/Utah:
During a layover in Newark on his way to Savannah for the NOA winter convention, Don Ed Holmes of The Onion House in Weslaco, TX, summed up the current market by saying, “It takes three bags of onions to pay for an airport beer.” The Onion Houses markets onions from Colorado’s Western Slope and from Corinne, UT, and Don Ed said the market “hasn’t really changed very much over the past week to 10 days.” He said, “Colorado is at $5-$5.50. Utah is $4-$4.50.” Movement has been “steady,” and he said business was good going into Thanksgiving and, “We should have some Christmas business in the next 10 days.” He also said the NOA convention will provide some time “when we’re all together and able to talk about it.” Don Ed said, “The thing that would really help us now is exports, for two reasons. It would change the psychology of the market, and it would drain off some of the supplies here.”

Wisconsin:
At the NOA convention in Savannah we met up with Doug Bulgrin of Gumz Farms in Endeavor, WI, who told us that “movement has been very good and the market steady.” Doug also said that quality has been good, especially given the amount of moisture the region received earlier in the season. “We’re not seeing any quality issues,” he said. He added, “I’m very optimistic about the market in the coming year. We’re seeing good demand for medium yellows and reds, and we have good supplies of both. We also have good supplies of jumbo reds this season.” 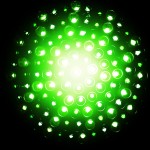