On Saturday, Oct. 1, the United States formally ceded control of the Internet’s core systems, specifically the directories that aid web browsers and applications in locating search topics, to what has been described as a “a non-profit oversight organization.”

One story published on Oct. 3 at http://www.ibtimes.com/who-controls-internet-us-government-hands-over-control-icann-2425491 names the new oversight group as a “California-based multi-stakeholder,” the Internet Corporation for Assigned Names and Numbers (ICANN).

The story, written by New York journalist Susmita Baral, in part reads, “As of Saturday, the American government is no longer in charge despite the efforts of conservative lawmakers. Instead, an almost 20-year-old California-based ‘multi-stakeholder’ nonprofit, called the Internet Corporation for Assigned Names and Numbers (ICANN), is in control.”

The ramifications remain largely speculative, ranging from apocalyptic to ho-hum, nothing-to-see-here. There’s no true consensus on what lies ahead.

In another tech matter, however, cybersecurity in the trucking industry is looked at closely.

A story posted at https://www.trucks.com/2016/09/29/trucking-economic-cybersecurity-risk/ outlines some of issues involved.

Author Yoni Heilbronn, who is vice president of marketing at Argus Cyber Security Ltd., an automotive cybersecurity company headquartered in Tel Aviv, opened his piece by saying that “… cybersecurity has become a basic ingredient for safe and secure operations across all business sectors, including transportation. This is especially true in the age of the Internet of Things ­– and the trucking industry is no different.”

He said that in 2013, “U.S. heavy-duty and commercial trucks transported more than $11.5 trillion worth of goods. In 2015, fleet operators brought in a hefty $726.4 billion in gross freight revenues.”

The economic boon is not without risk, he said, adding that technology provides entrée to “potential cyberhackers eager to gain control of these ‘computers on wheels’ for criminal and other nefarious motivations.”

In fact, he said, the trucking industry as a whole, along with its “truck fleets, operators and their customers are becoming increasingly susceptible to cyberattacks.” The motivations for such attacks range from “creating havoc and disrupting business continuity to gaining profit through ransomware or even data theft.”

Ransomware, “in which a hacker is able to disable a truck completely, stranding its driver and goods until a ransom is paid – could have far-reaching consequences. Such attack methods could paralyze fleets on tight delivery schedules, strand drivers in remote locations far from basic amenities or security services and expose sensitive commercial details.”

And of course there’s the risk that involves physical harm to drivers and others. “It’s not far-fetched to imagine cyberterrorists causing a driver to lose control of the safety-critical functions of his 80,000-pound truck as the result of a cyberattack. Such a scenario could potentially have devastating results,” Heilbronn wrote.

Wireless communication is vulnerable to cyberattacks, giving hackers access to internal communications. Heilbronn said the electronic in-vehicle component “language” spoken by trucks and other commercial vehicles is also spoken at service stations and by technicians.

“Communication between in-truck electric modules takes one form, regardless of the make and model of the vehicle,” the story states. “This means that, theoretically at least, hackers could develop one set of attacks that would be instantly applicable to the entire industry… Further, the wide usage of the J1939 standard may have other drawbacks. Researchers at the University of Michigan released findings earlier this year that demonstrated how vehicles using the standard could actually be attacked more easily than consumer vehicles.

There is a good defense – through good offense, and Heilbronn advised that the “first line of business in planning a capable cybersecurity solution to neutralize trucking vulnerabilities is establishing multilayered lines of defense.” That involves “securing the vehicles’ communications with the outside world, containing malware installations, detecting operating system anomalies, isolating suspicious applications, and thwarting any attacks attempting to penetrate or that have already penetrated the in-vehicle network.”

He also recommended “preparing for the future, today,” writing that the nature of cyberthreats is “ever-changing, “and the trucking industry must take countermeasures that are “adaptive to handle new threats.”
He said that technology has introduced “previously unheard-of complexity into the trucking industry, and therefore technology must provide the solution to the problems now facing the multi-trillion-dollar trucking industry.” 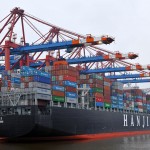