During her presentation at the Feb. 7 Idaho-Malheur County Onion Growers Association annual meeting, agricultural economist Gina Greenway cited several elements of solid onion marketing, chief among them the “ability to bounce back.”

The gathering, held at the Four Rivers Cultural Center in Ontario, OR, brought scores of Treasure Valley growers and shippers together with an agenda initially based on the common denominators of seed, diseases/pests, water and storage issues. In light of the recent storm-caused losses of structures and product, discussion reflected efforts to deal with disaster.

“This year more than any other year we need to be reminded of our ability to bounce back from adverse circumstances,” Greenway said.

Greenway, an assistant professor in the Department of Business and Accounting at the College of Idaho, spoke on “Economics of Onion Production and Marketing,” drawing from her background in ag economics and research.

She began her remarks with a look at Treasure Valley onion stats collected in the last decade, noting that price swings in the onion industry are unlike many other industries’.

Those numbers are illustrative of “what it means to work in the onion industry,” Greenway said. Joy, pain and resilience are hallmarks of the business, and she said the Treasure Valley is resilient.

Pricing does not lend itself to trends, she said, adding that a graph of the past 15 years shows pricing to be “just volatile.” But there are means of stabilizing returns, with contracts as one option. Greenway said that the customer base is changing with the rise of the foodie, someone “who seeks new food experiences as a hobby rather than out of convenience or hunger.” Foodies cover the food spectrum and as consumers are “increasingly picky,” that means buyers must have their fingers on the pulse of what customers want and need.

The upshot is that buyers will work more in advance with their sources.

The trade-off is that contracts involve set prices, and there’s always the potential for an upswing of prices in the open market. Greenway said knowing the break-even price is imperative.

“You need a good handle on costs, both variable and fixed,” she said.

When making the decision to store onions, it is important to calculate the fixed and variable cost of storage accounting for the accumulating shrink that pushes up the break-even price month after month.

Marketing year average prices almost never exceed $10 two years in a row, and Greenway said that has happened only twice in the past 15 years. The cause is supply and demand, and she said, “That isn’t new news.”

Higher prices fuel enthusiasm, and she cautioned against the “fallacy of composition,” or planting significantly more after a year of higher prices. The result is often a drop in price for everyone, she said.

Greenway also spoke about thrips and the resulting hike in production costs that can go as high as nearly $400 per acre depending on the number of applications.

Though this winter has resulted in Treasure Valley’s onion industry facing staggering losses, Greenway said estimates of the industries annual economic impact of $1.3 billion is “incredible.” And she said the onion industry as a whole has seen a remarkable increase in per capita consumption, nearly doubling in the past 30 years.

Strong consumer interest in where food comes from continues, and “celebrity farmers” are promoted in grocery chains as well as fast food outlets. The Idaho Eastern Oregon label continues to be a mark of prestige, serving as a signal to consumers of the quality of product that comes from the Treasure Valley. 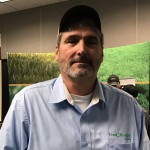