A trade mitigation package launched earlier this month by the USDA was developed to assist farmers affected by “unjustified trade retaliation by foreign nations” through the Market Facilitation Program, and the USDA will also purchase several commodities through its food purchase and distribution program.

In addition, the department is accepting proposals for the Agricultural Trade Program with “which will help American farmers find and access new markets for their products.”

In total, the USDA “will authorize up to $12 billion in programs, consistent with World Trade Organization obligations,” according to a Sept. 4 press release from the office of USDA Secretary Sonny Perdue.

While onions were not included in the Food Purchase and Distribution Program list released on Sept. 4 by Secretary Perdue’s office, USDA Spokesman Tim Murtaugh told OnionBusiness, “A number of products that were hit with tariffs, which were either value-added products or affected in lower amounts, were not included in either the Market Facilitation Program (MFP) or the purchase program. This includes onions.”

Murtaugh continued, “The onion industry and growing regions, through their regional trade groups, will be eligible for the Agricultural Trade Promotion Program to help increase exports for the long term, which is also part of USDA’s trade mitigation package. As before USDA announced these programs, we still encourage affected sectors to contact us with data and strategies to assist affected growers with mitigating the adverse impacts of the retaliatory tariffs.”

Secretary Perdue first announced in July that the “USDA would act to aid farmers in response to trade damage from unjustified retaliation.” The secretary, as directed by President Trump, was charged with crafting “a short-term relief strategy to protect agricultural producers while the Administration works on free, fair, and reciprocal trade deals to open more markets, in the long run, to help American farmers compete globally. These programs will assist agricultural producers to meet some of the costs of disrupted markets.”

The programs, according to a quote from Secretary Perdue in the release, “will allow President Trump time to strike long-term trade deals to benefit our entire economy, including the agricultural sector, in the long run.”

He added, “Farmers will tell you that they would always prefer to sell a good crop at a fair price, rather than receive government aid, and that’s what long-term trade deals will accomplish. But in the meantime, President Trump has promised that he will not allow American agriculture to bear the brunt of the unjustified retaliation from foreign nations. Today we are putting the President’s promise into action.”

To that end, the USDA’s Agricultural Marketing Service (AMS) has committed to purchasing “up to $1.2 billion in commodities unfairly targeted by unjustified retaliation. USDA’s Food and Nutrition Service (FNS) will distribute these commodities through nutrition assistance programs, such as The Emergency Food Assistance Program and child nutrition programs.”

Another $200 million will be made available to develop foreign markets for U.S. ag products through the Foreign Agricultural Service’s (FAS) Agricultural Trade Promotion Program (ATP). 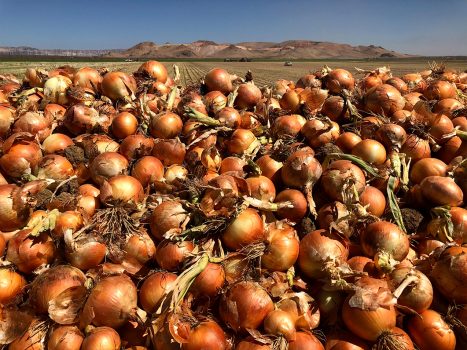