ProSource rocking the season with NM, looking forward to IEO

ProSource Inc., headquartered in Hailey, ID, reports a busy summer both with shipments out of New Mexico and with its new construction of the Golden West Produce facility in Parma, ID.

Golden West suffered structural losses of its Nyssa, OR, operation during January’s “Snowmageddon” in the Treasure Valley. The new construction began earlier in the year for start-up in time for the 2017-18 season.

Bernie Pavlock, ProSource’s Director of Sales, a longtime veteran of the onion and potato industry, joined ProSource in July. On Aug. 9 he told OnionBusiness he’d had a busy first month.

Bernie stated, “We are extremely busy and our sales have been very good. With the Rio Valley New Mexico deal and our Golden West new construction, it’s been quite a summer.” 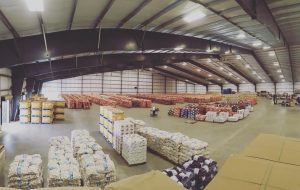 Rio Valley Onion came from a strategic partnership between Lack Farms and Kit Carson Farms, both located in the Hatch area. This new operation combines resources, acreage, and packing capabilities.

In addition, Rio Valley Onion works with Lance and Colton Romney for onions grown in Mexico.

ProSource will continue shipping out of out of New Mexico for the next 10 days to two weeks. “We are very proud of our growers at Rio Valley,” he said. “The crew has done an outstanding job this season. Rio Valley packed from a new facility and significantly increased volume. The onion quality has been excellent and the New Mexico season is considered a complete success.”

Troy Seward, President of Golden West, has “worked tirelessly building the new Golden West packing facility and storage buildings.” Bernie added, “Golden West’s packing facility will be state of the art when completed. Troy has been working with two hats this season, grower and general contractor!”

The new Golden West facility construction is moving quickly, and changes are seen on a daily basis. Troy and his crew anticipate shipments to start on Sept. 1. 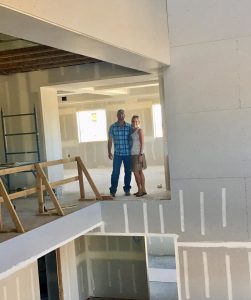 ProSource has also been busy with its promotional efforts. Troy’s “Seeding Series” videos have been well received. Additional videos will be added to this educational series. All videos can be found at prosourceproduce.com.

“Noi Hogan and Onni Lufkin handle all of ProSource’s social media. They have done an excellent job updating our followers with news and information about ProSource. Find ProSource on Facebook, YouTube, and Instagram. 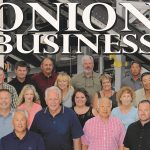