Initial reports coming in to OnionBusiness.com after Hurricane Patricia and her stormy offspring dumped rain on Texas last weekend indicate the impact might be minor and impact on planting temporary – but forecasts now call for more rain in the coming days.

Going into Patricia’s Oct. 23 landfall in southwest Mexico, experts called the storm the strongest hurricane in recorded history, with sustained winds clocked at 165 mph. While its intensity rapidly dissipated as the storm moved inland, the weather system continued to produce heavy rains as it tracked northward into Texas.

In the southern part of the Lone Star State, sources say onion planting may have been slowed by day or two in the lightest hit areas, with the heaviest hit areas seeing a possible delay of 10 days. Some insiders said neither scenario presents a real problem for Texas onion growers.

Across the region reports said there was precip measuring anywhere between one and 20 inches, and the hardest hit may have received up to 12 inches in the form of isolated microbursts.

One report coming out of the Rio Grande Valley said total rainfall for McAllen on Oct. 24 was slightly more than two inches, and Weslaco received nearly 10 inches of rain.

OnionBusiness.com has learned growers have planted approximately 60 percent of the total crop, and the 40 percent remaining to be planted is on track for the area.

Weather watchers are keeping track of the new storm system expected this weekend, hoping it will move quickly and bypass onion-growing areas.

According to the National Weather Service, most of Texas is to receive rains from a system building in the Southwest on Oct. 29. Isolated flash floods are also predicted in areas hardest hit by last weekend’s rains, but it is difficult to determine if the upcoming rains will have any impact on onion planting.

A watchful eye is being kept on this weekend’s system in Texas, and OnionBusiness.com will keep you posted. 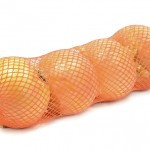