Updated 9:46 a.m. MST: Reports of overnight collapses include three storage buildings lost at Owyhee Produce in Nyssa, OR, one storage lost at Tamura Farms in Wilder, ID, and a shed building loss at Frahm Fresh Produce in Ontario, OR. Some reports say as many as eight onion industry buildings went down during the night and as many as 30 onion buildings have been damaged. Check back. We will provide additional updates here.

As of Wednesday, Jan. 18, estimates were that more than 18 onion storage and packing facility roofs have collapsed under the load of snow and ice that accumulated from recent storms in the Treasure Valley of Idaho-Eastern Oregon. 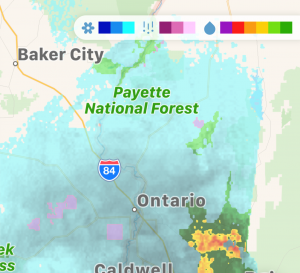 Adding to the concern is a forecast calling for more snow, followed by freezing rain. Early morning temperatures have been below zero, making snow removal difficult. Snows had been expected Tuesday evening, but little materialized that day. However, by Wednesday late afternoon the area became a virtual white-out, with snows expected to continue. Local news outlets were describing the snow Wednesday as extremely moisture-laden.

A small break is forecast for Friday, but yet another round of snow and freezing is expected to follow on Saturday.

Shipments have decreased as a result of the interruption in production, and going into the week, sources reported that the Treasure Valley is off by about one-fourth in shipments due to the weather and related circumstances. More buildings have been reported to be in danger of collapse, and shippers are working feverishly to remove snow from the roofs and prepare for the next onset of winter storms.

The storms, which started in December, more than two feet of snow to some parts of the Valley, and freezing rain added to the weight being borne by facility roofs. Buildings started collapsing on Sunday, Jan. 8, and within a week the number had reached 18.

The extreme cold has also made snow removal more difficult, and the Payette, Weiser and Snake Rivers all had ice jams that caused areal flooding, and a source of OnionBusiness.com said the threat was more confined to pastureland and some residential locales.

Kay Riley at Snake River Produce in Nyssa, OR, said on Jan. 18, “We’ve had sub-zero temperatures until today, and now they’re predicting another 12 inches of snow.” Kay also said the region has “a significant number of bins ruined” by building collapses, and he said SRP has been unable to get some of its off-site onions into the packing facility. “As far as doing regular business, we can’t get our onions from certain storages.”

OnionBusiness has also been informed some 120 insurance claims were being processed by two companies, with more expected.

Also, several onion shippers remain unsure when they’ll be operational again. Partners Produce in Payette, ID, will not likely be running again for “at least seven months” with the collapse of its packing shed in Payette and another facility in Ontario; contacts at Four Rivers Onion Packing in Weiser, ID, have said they cannot predict when it will resume operations; a packing shed in Nyssa, OR, was the fourth reported to have gone down; and late Wednesday an Owyhee Produce storage in Nyssa also collapsed. 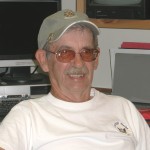 Experience Spotlight: Garry Bybee reflects on the Treasure Valley, then and now