For the Davis men of Weslaco, TX, onions are more than just a livelihood. They are a way of life, one Marvin Davis has stuck to for more than a half-century and one he’s proud to share with his son, Michael.

In the early 1960s young Marvin, who was born in Detroit and grew up on Phoenix, began working in produce industry and soon found himself with the job of chain story buyer for Topco. He held that position from 1963 to 1968, and then Marvin made the big decision to go into business for himself. 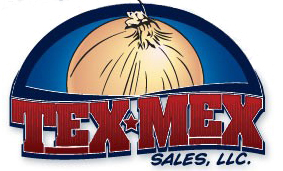 The web site for Tex-Mex Sales calls the Texas onion company the “brain child” of Marvin, and indeed it’s easy to see the thought and consideration that have gone into it. Mike joined his dad as a full partner in the company in 1994, and today the operation is known for being a premier family-owned and operated grower/packer/shipper of Rio Grande Valley and Tampico onions.

Mike took time recently to talk to OnionBusiness.com, telling us that although Marvin came to Texas in the ‘60s, “I was born right here in McAllen.”

Mike also has far more experience in the onion industry than his 23 years as company partner indicate.

“I started working in the packing sheds when I was 10,” he said. It was in those sheds he learned how to do “every job at the facility.”

The web site says, “From inspecting to packing to cleaning crew to even delivering onions himself, Michael worked his way up the company,” and Marvin says, “It’s every father’s dream to work hand in hand with his son.”

Mike went to Texas Tech initially but then transferred to New Mexico State in Las Cruces, where he took part in a “really good onion program.”

And he worked in Mexico, where his family has onion operations, for several years.

“My mom’s family farmed both in Tampico and the Rio Grande Valley,” Michael explained. The company also handles onions out of Chihuahua, Mexico, and the Las Cruces area of New Mexico.

“We’ve been in the Mexico deal for more than 30 years,” he said. Tex-Mex’s volume is fairly equally split between Mexico and Texas.

“We’ll get started with our 1015s next week,” he said. “We plant them in late September, and they come off from mid-March into May.” The farm grows reds, whites and yellow sweets and flat sweets, he added.

“We’ve had a lot of rain in the area, my Texas crop looks really good,” he said.

As far as technology on the farm, “We use drip irrigation in the fields, and we have GPS tractors,” Mike said. “And I have a drone, but I haven’t used it yet. I don’t get out of the office much,” he laughed.

As the Texas crop was nearing its first shipment date, onions out of Mexico continued to move well.

“We’re big in retail,” Michael said, noting Tex-Mex repacks for major chains. The company adheres to a philosophy of specialized care for its product called OnionCare™, which includes hands-on harvest methods, extra care in the packing shed and inspections through USDA. Tex-Mex is GlobalGAP and Primus-certified.

The shed uses cup sizers, and the lines are computerized, Michael said. “We have cold storage for retail and foodservice,” he added.

Michael weighed in on the domestic onion industry, saying, “The way things are going, our domestic industry is very interesting. I think there are going to be a lot of changes coming. The guys in the Northwest are growing way too many acres and can’t market them. Here in the Rio Grande Valley, because of the extra acres in the Northwest, we’ll be seeing more consolidation.”

He explained that it “costs us more to produce our onions,” and he said, “I think we’ll see a very volatile market in the future. There could be a gap in product, and there won’t be onions out of Tampico to fill it.”

Michael’s perspective also takes in Tex-Mex’s business on both sides of the border, and he said of NAFTA, “It’s a tough subject, and I’m cautious in talking about it. But I really don’t know if onions make that big of a difference in it. I think other produce items are more affected than onions.”

Check out some photos of the Tex-Mex Sales operation: 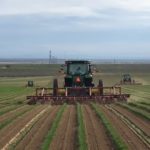 Market and Crop Update for March 23