The event was hosted by Robert T. Sakata, owner of the onion operation north of Denver, with the Colorado Department of Agriculture and Commissioner Brown. It was the second state of a four-state swing in Secretary Perdue’s fourth “Back to Our Roots” tour. He began his trip, made by auto, in New Mexico on Monday, May 14 and then traveled to Colorado’s Lower Arkansas Valley that same day. Tuesday his itinerary included Colorado Springs, Denver, Brighton and Fort Collins, and Wednesday he was scheduled for another Colorado stop before heading on to Wyoming.

The secretary’s last stop in the tour was Nebraska on Thursday.

With the Brighton meeting focused on Colorado farming concerns and the growers themselves questioning the secretary, the conversation naturally turned to labor. The majority of growers in the room utilize H-2A, and the consensus expressed was that the system, while far from perfect, has kept their farms in business. During the opening remarks, Robert Sakata noted that in years past Colorado growers were so competitive they were reluctant to share information. Now, he said, the ag situation is dire enough that it’s brought competitors together.

Reid Fishering, corn grower and onion shipper, told Secretary Perdue one of the biggest drawbacks is the time involved in applying to Homeland Security, the U.S. Labor Department and the State Department. The secretary said work is being done to create an online application portal at the USDA’s website which is hoped will streamline the process. Other farmers asked if housing and transportation could be worked into the guest workers’ hourly wage. Secretary Perdue said such action would require statutory changes to H-2A, but he did not rule the change out.

Much was said about domestic workers’ reluctance to work in the fields, and several growers cited what they termed a lack of work ethic. Northern Colorado carrot grower Jason Hungenberg said he had sought farm help from jail work-release programs. He said the workers seldom lasted more than a few hours in the field, and he said he was told by many of them that it was “the hardest work they had ever done.”

Harry Strohauer of Strohauer Farms in LaSalle, CO, said he’d moved part of his potato program to New Mexico in hopes of finding more domestic labor there. He went on to say labor was harder to find there than in Colorado, but he did get H-2A workers for those fields. “It’s been a game changer for us,” he said.

In addition to labor, the issue of trade was also discussed, and growers expressed their concern over negotiations with China and Mexico. The secretary said of NAFTA, “Time is running out.” But he added that he expects the agreement ultimately to be renewed. About China he said, “We’re hopeful.” He said conversations with President Xi have been encouraging. 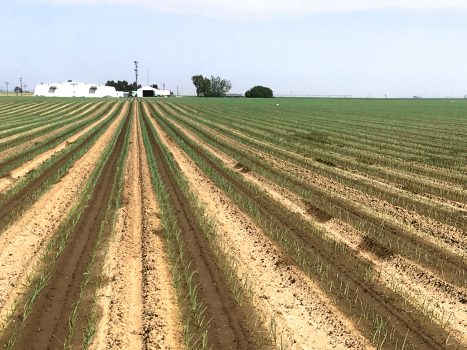