With $26 million earmarked for its construction through a major state transportation bill approved last year, an Eastern Oregon reload facility is one step closer to reality as it enters the pre-engineering phase.

The facility, which had been discussed for more than a decade and added to the Oregon legislative calendar in 2017, was promoted by State Legislator Cliff Bentz (R-HD 60). In June 2017 the sweeping $5.3 billion transportation bill was passed, and Oregon Gov. Kate Brown signed the measure into law in August.

OnionBusiness.com has followed the progress of the measure since June 2016, when Rep. Bentz sought funding for a multi-commodity facility to service the Treasure Valley. The goal, Rep. Bentz, and others said, was to provide transport for goods from the region to markets across the United States, particularly the Midwest and East Coast.

Since the signing of the bill by Gov. Brown, the newly formed Malheur County Development Corporation, which oversees the project, has made great strides in moving the facility toward a projected opening in 2019.

On Tuesday, May 8, the MCDC met to discuss the pre-engineering phase of the project and following the meetings MCDC President Grant Kitamura took time to explain to OnionBusiness.com the activities of the new phase and what the board expects to achieve by the pre-engineering deadline of Sept. 27.

“Andersen Perry and Associates Inc. will team up with RailPros to perform a detailed site analysis and develop a scope of work for the project,” Kitamura stated. “The two companies have worked together in the past, and so they will be reuniting for this project.”

According to Kitamura, as the engineering activities are carried out, the Malheur Country Extension staff will join forces with ECONorthwest to conduct a feasibility analysis and an assessment of market potential which will be used to establish the optimum size and scope of the facility.

Confidential interviews with shippers throughout southwestern Idaho and Eastern Oregon will be conducted to confirm shippers’ intentions to use the system and to determine what levels of volume can be expected.

“We have a very aggressive project schedule, and we know there is a lot to be done to open the facility sometime in 2019,” Grant said. “It’s going to take a lot of hard work while moving at a rapid pace to make it happen within our desired timeframe, but this critical pre-engineering phase puts us that much closer to our goal, and everyone is very encouraged by it.”

For OnionBusiness.com’s past coverage, please refer to the following articles:

Transportation Hub for the Treasure Valley moving closer to reality 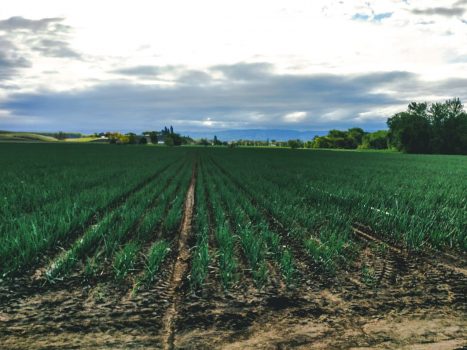